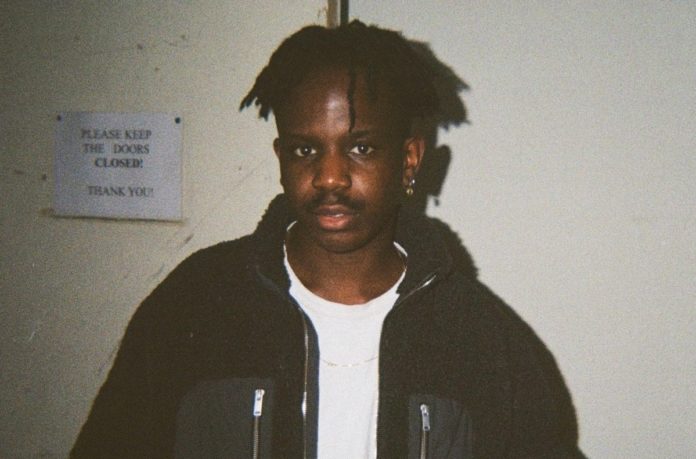 Still smouldering from Mixmag and Hunger magazine support, the original ‘My Purple Ipod Nano’ gathered acclaim from Pete Tong and Sarah Story from BBC Radio 1 as well as landed Spotify’s Altar playlist for its irreplaceably upbeat and delectably atmospheric melodies.

jamesjamesjames sets have become a beloved meeting place for lovers of hyper-melodic house and Paris Hilton’s spirit using nothing but a cracked Mac laptop and the lip gloss pucker of a bimbo with a heart of gold.

After growing up surrounded by the untouchable celebrity culture in lofty Beverly Hills, hello kitty baddie jamesjamesjames has cultivated his own unique glitz and glam that has led to playing a Boiler Room x Sugar Mountain set while sporting a denim Balenciaga bag, landing an official ‘track ID’s’ playlist on Spotify, and shared the roster with the likes of Jayda G and X Club at Pitch Music & Arts Festival.

Charming the Gays, They’s, Goths and Girls, the producer creates intriguing combinations of pop anthems and trance-like chord progressions present in tracks like omokage, a firecracker 3M Spotify strong and counting, euphoric J’adore, which generated massive hype at festivals such as Pitch and amassed over 2M Spotify streams and support from Patrick Topping and Louis the Child, and remixes for SG Lewis collaborator Lastlings and German producer Ben Bӧhmer. Speaking about the remix jamesjamesjames said:

From pining for the grit of live UK dance music via YouTube to performing Boiler Room sets on the same roster as Mall Grab, Vienna-born Salute has made waves remixing for the likes of SG Lewis, Aluna, Kehlani, and Joji as a versatile producer who has experimented with everything from the softer side of R&B backdrops to clubby dance breaks.

One of the most sought after artists in the UK dance music scene right now, the DJ, producer, and songwriter has collected impressive accolades performing a solo mixmag set, playing Field Day Festival on the same lineup as The Chemical Brothers and Kraftwerk, and landing countless Spotify playlists including Serotonin, Altar, Future Sounds, and more.

The creative powerhouse has also indulged in releases on SIGNAL >> SUPPLY as well as official remixes for DJ Seinfield.

Salute’s cathartic and perceptive musical style is present in tracks such as Honey, which racked up over 5M Spotify streams and support from Danny Howard, Mistajam, and Annie Mac on BBC Radio 1 as well as earned an addition to Pete Tong’s ‘Essential Radio’ selection and love from icon Ellie Goulding. He said:
“Being a really big fan of what jamesjamesjames is getting up to at the moment, it’s a huge honour to put my spin on ‘My Purple iPod Nano’. I’ve been playing the original out since last summer – so excited to put mine out.”

Now turning his nostalgic and wistful eye on ‘My Purple Ipod Nano’, salute retains the early 2000s sweetness quintessential to jamesjamesjames discography while contributing a fresh club umph and utz. The musical unity of two down to earth groundbreaking DJs is a gorgeous and tantalising resurgence of Y2K sexiness and swagger.

Jamesjamesjames, salute – ‘My Purple Ipod Nano’ (salute remix) is out on May 13th via Three Six Zero Recordings.