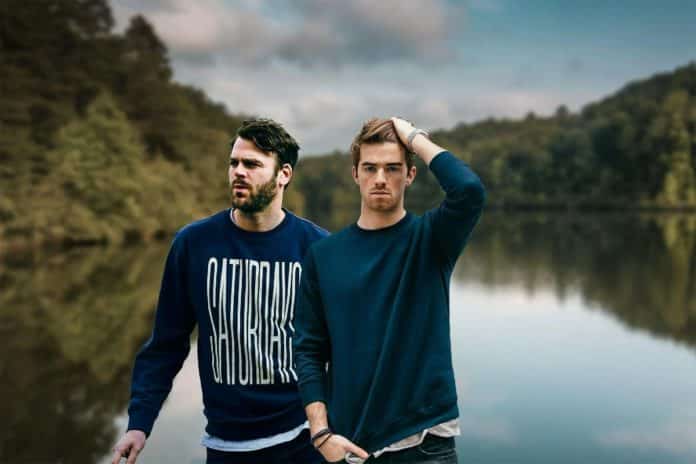 Grammy Award-winning and chart-topping artist/producer duo The Chainsmokers have released their fourth full-length album, ‘So Far So Good’, via DISRUPTOR/Columbia Records/RCA.

The 13-track album arrives alongside lyric videos for every track as well as the official video for the focus track “I Love U,” which was directed by Kid Studio and features OnlyFans star Stella Barey. The album also features previously released tracks “Riptide,” “High” and “iPad,” which have accumulated 145 Million combined audio/video streams and views to date. See full tracklist below.

The Chainsmokers have also announced that they are sharing royalties from the album for free with their biggest fans through a partnership with music investment platform Royal. The drop has made the guys the first major label artist to share royalties for an entire album for free and consists of 5,000 limited edition NFTs that include, among other perks, a right to a collective of 1% master streaming royalties from the finished album in its entirety.

In acknowledgment that songwriters are underpaid due to antiquated music copyright laws, the duo will also be giving their cut of all secondary sales to every songwriter on the album. Check out the manifesto from The Chainsmokers with more information here.

‘So Far So Good’ was created after four years of nonstop touring and music releases when the guys escaped to Hawaii with some friends and gave themselves permission to not create anything at all if they didn’t want to. It was there that they rediscovered themselves and created the backbone of this new album. They spent the next two years picking apart every song from the lyrics to production to make them the absolute best they could possibly be. The result is the extremely personal and the musically evolved body of work that is ‘So Far So Good’.