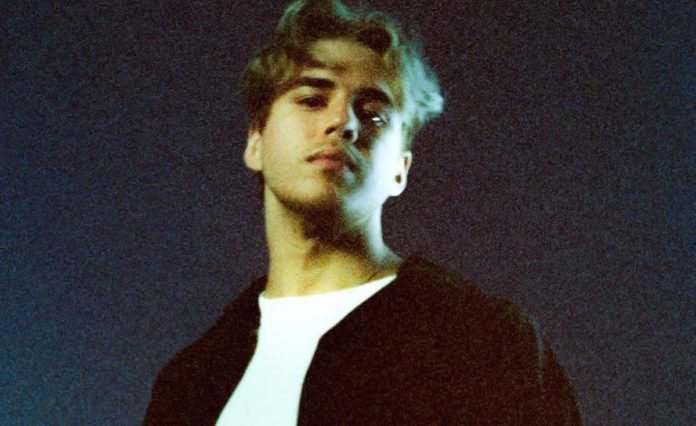 Life can be random sometimes… so many things hit us totally out of the blue.

When you’re just walking down the street, and suddenly you meet the love of your life. Or what about the crazy summer nights? Where you just went out for one drink with some friends, but the evening turned out to be one of the best nights ever. Because you asked someone for a lighter, you find yourself watching the most amazing sunset from a hidden spot in the hills with your new friends.

‘Summer Nights’ encapsulates the feeling of a good old night out with friends; a random night, which turns out to be one of the best nights ever. It’s the perfect song for these moments; when you’re in your apartment alone, everything smells like cologne, and all your clothes are on the floor while you try to pick the perfect outfit for the perfect night out.

The song was heavily inspired by retro disco music, yet with a modern touch. During the creative process, PRETTY YOUNG was listening to a lot of disco and was fascinated by the creativity behind the chord progressions and basslines. As he describes: “Disco tends to have moving basslines, that almost create melodies. That’s quite unusual in modern pop music. Everything right now is just a flat straight copy of the chords lowest note”. ‘Summer Nights’ is the perfect mix of vintage synths, drum elements, heavy bases, and an old dusty ambience that are combined with clean and modern vocals.

The melody was written, and the song was produced in just two hours. PRETTY YOUNG had a session with Victor Crone in which they intended to write a track for another artist. However, Victor wrote the hook for ‘Summer Nights’ instead, and they instantly loved it. The verses, at first, were only gibberish. To help them, they asked Juliander (known for his previous success with All Falls Down featuring Alan Walker and Noah Cyrus) to help write the lyrics. PRETTY YOUNG and Juliander rewrote the verses together, and ‘Summer Nights’ was born.

“I remember the first time I heard the demo for ‘Summer Nights’; I was hooked from the start. I just knew that I wanted to be a part of it because I resonated with the sound of the analog vintage synths and drums, which is also a prominent part of my music. I was excited to participate in the finishing touches and record my vocals on it. Excited to finally release it and share it with everyone” – Juliander.