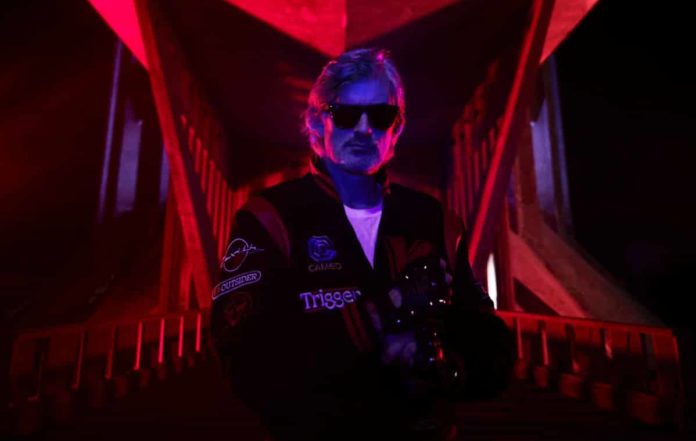 Recently hailed as “everyone’s favorite late-night dance superhero” by Billboard, Kavinsky counts it an honor that several of his own personal heroes have brought their magic to “Cameo” ft. Kareen Lomax – one of the standout tracks from his first album in nine years, Reborn.

David Guetta’s version of “Cameo” is a classic dance banger made for clubs and summer festivals. The chart-topping, GRAMMY®-winning producer personally tested his remix on a dancefloor and – overwhelmed by the positive reaction – then sent the track on to Kavinsky, who was equally enamored.

“I’m so happy to have remixed this huge track by my good friend Kavinsky,” says David Guetta. “I’ve always loved his music and together we show that the French touch is magical! It’s such an influential sound in dance music, so working this remix was a joy to do. I played it in Vegas and the crowd reaction was amazing, so I’m excited for the whole world to hear it.”

Breakbot & Irfane are long acquaintances of Kavinsky’s, from the golden era of their mutual debuts in the early aughts. The duo brings their inner funk to “Cameo,” adding an extra shiny glow for old-school dancefloors.

“We wanted to bring the song from the radio to the dancefloor,” explain Breakbot & Irfane. “An early 80s treatment with some uplifting chords to give the chorus a funky new twist. Imagine the tiles on the floor lighting up with every step you take. The party is only getting started.”

Dopplereffekt is one of the reasons why Kavinsky first started recording music. When he heard their seminal “Gesamtkusntwerk” compilation in 1999, he fell in love with their sound. Years later, the Detroit-based band is still in his pantheon and joyously accepted the remix task. Their version is a tribute to Kraftwerk, quintessential electronic. Gaspard Augé & Victor Le Masne, who produced Reborn, bring a fresh take to the track with their extra-special remix.

Reborn is the follow-up to Kavinsky’s 2013 full-length debut, Outrun, which included the singles “Nightcall,” “Roadgame,” and “Odd Look.” Featured in the opening scene of Nicolas Winding Refn’s classic 2010 movie Drive and produced by Daft Punk’s Guy-Manuel de Homem-Christo, “Nightcall” made Kavinsky an electro pop legend and went on to amass more than 500 million streams.

While still infused with his trademark theatrical synth pop landscapes and just as visually evocative as Outrun, Reborn is sonically larger. Recorded in the late Philippe Zdar’s Motorbass studio in Paris, Reborn is a clear-cut and carefully crafted tribute to the history of pop culture put together by a very special artist with a unique ability to cite masterpieces from many fields, time and space while painting a precise and personal vision of the future.

NME observed, “Few 21st century artists have crafted a sound as singular and memorably as Kavinsky’s. The French producer’s creations are an exercise in cool, noirish maximalism….[songs like ‘Cameo’ and ‘Renegade’] offer proof that there’s plenty more creative road for Kavinsky to bomb it down in years to come.” Dancing Astronaut said, “‘Renegade’ picks up precisely where Kavinsky left off…bringing his unmistakable synthwave savvy into the newest decade.” The Line of Best Fit noted, “Reborn future-proofs Kavinsky’s high-end, addictive, and cinematic scope.”