According to Scholz, the country has fulfilled all the necessary conditions for the EU to start negotiations. North Macedonia has been a candidate for 17 years, Bulgaria is against its membership 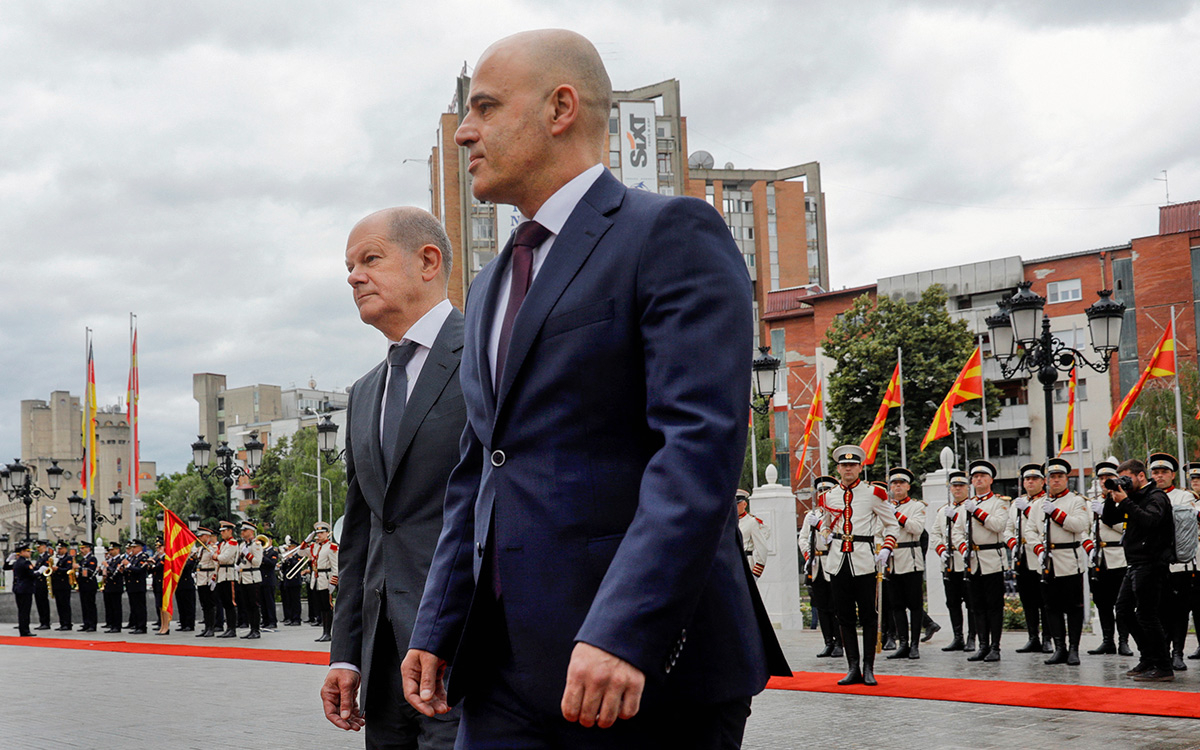 North Macedonia should join the European Union as soon as possible, German Chancellor Olaf Scholz said during a visit to the country's capital Skopje, reports ARD.

The country has been an EU candidate since 2005. As Scholz pointed out, North Macedonia has been working hard all these years and the time has come “when all these efforts should bring a harvest.” He promised that he would personally make efforts to immediately launch negotiations on the country's accession to the union.

According to the Macedonian publication Evening, Scholz indicated that the country had met all the preconditions for starting negotiations. He also noted that Germany and North Macedonia have established close political and economic ties, so Germany will insist on the country's membership in the EU.

Macedonian Prime Minister Dimitar Kovachevsky called the support from Germany “a great incentive to to build a prosperous society based on European values” and indicated that he considers Scholz's visit on the eve of the EU summit (23 & 24 June) to be a strong sign of support for the idea of ​​​​Macedonian membership in the union.

North Macedonia— the second of the candidate countries in terms of the duration of waiting for accession to the EU (the first Turkey, which received candidate status back in 1999). Since 2009, the European Commission has been recommending the start of negotiations on the accession of North Macedonia to the EU, but it was only in 2020 that the current member states proposed a draft framework for negotiations. In the same year, Skopje joined NATO.

According to ARD, neighboring Bulgaria opposes the country's EU membership. Its authorities demand from North Macedonia that the Bulgarians living there be included in the Constitution and their rights be protected. Scholz also visited Sofia, where Bulgarian Prime Minister Kiril Petkov “clearly expressed Bulgaria's position on the conditions” that Skopje must fulfill, Nova TV reported. Scholz stressed in response that Germany understands that it is not easy to overcome historical problems.