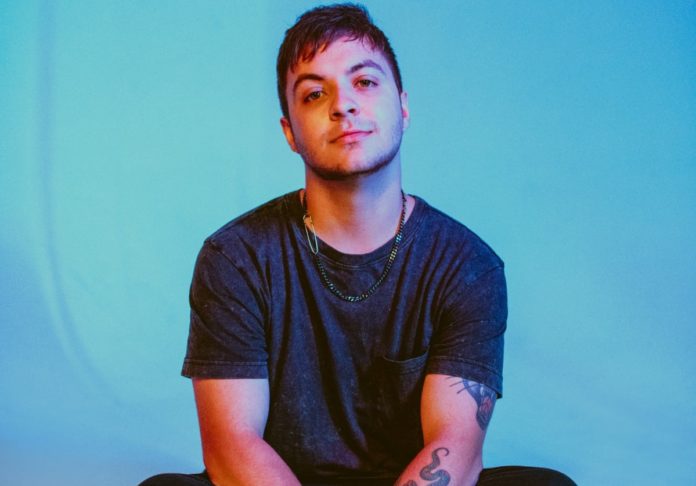 Chiming in with his debut single on Bassrush Records, sumthin sumthin articulates a heavenly halftime single arriving in the form of “Speak.”

Since launching his sumthin sumthin project, Conrad Woodul has always found new ways to push his own craft outside the confines of what would be considered safe and comfortable. On his first-ever outing with the Bassrush crew, the boundary-pushing producer stays true to character by shaking things up wholeheartedly as he prepares for his first foray into the drum & bass space.

“Speak” seems to tap into the eternal language of the divine. It’s a celestial and decidedly cerebral vibe forged in the same brain-tickling methodology he’s demonstrated throughout his career. Across its three-and-a-half-minute run, the drum & bass track plays out like an interdimensional conversation with a sacred dialogue expressed through ethereal pads, intricate half-time drums, haunting vocalizations, and a wonky lead that makes the call-and-response feel foreign yet second nature all in one swing.

“I think it’s important to play around as a producer and test new concepts as much as possible,” says sumthin sumthin. “I’ve always been obsessed with designing noises to sound like they’re communicating with one another. In this track, not only was I pushing myself conceptually but ended up writing a genre of music I’ve never done before: drum and bass. This makes the process of writing so enjoyable because it feels like you’re constantly doing something new and fresh.”

Based out of San Clemente, sumthin sumthin is a self-taught musician who remembers creating his own makeshift drum kit in the kitchen at the tender age of four. His DIY mentality follows him wherever he goes, even as he tackled both guitar and piano years later. Eventually, his home-brewed musicianship translated into the mind-altering output the bass community now knows and loves. On top of his own extensive solo productions, Woodul has also teamed up with CloZee on their recent “Salt” collab, joined forces with Saka on their brain-blistering track “Damage,” and joined Player Dave on the melodic fault line running through their joint produced cut “Fracture.”

With his newest creation “Speak,” sumthin sumthin places the sonic complexities of his unrivaled sound in front of a translator and shows the world a new dialect that we can’t wait to hear more of.

Sumthin sumthin’s new single “Speak” is available on all platforms via Bassrush Records.