Lithuania, referring to the EU sanctions, has limited Russian transportation by rail to the Kaliningrad region, banning the transportation of sanctioned goods. In Moscow, the measure was called unprecedented and they intend to respond 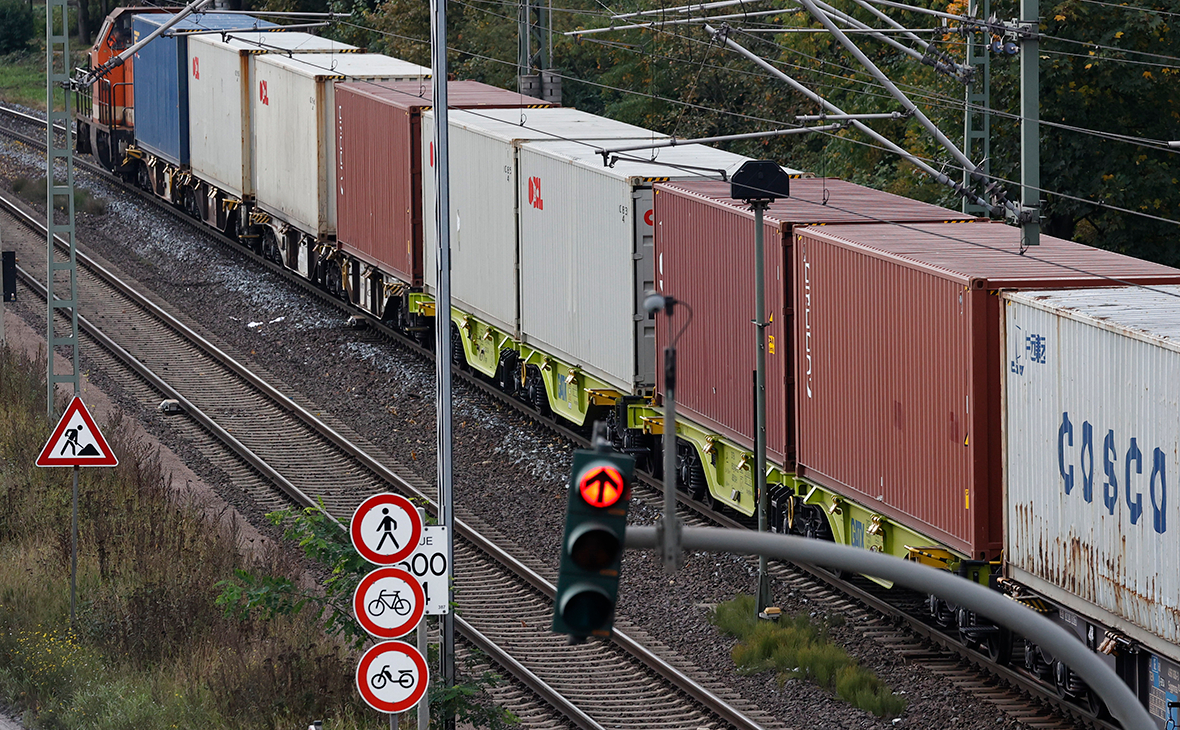 What kind of cargo has been banned by Lithuania

Lithuania, a member of the European Union and NATO, has banned the transit of Russian sanctions of the EU and those following from the regions of Russia to Kaliningrad. This became known on June 18 from a statement by the Governor of the Kaliningrad Region Anton Alikhanov (the region is a Russian semi-exclave, that is, it does not have a common land border with the main territory of the country, but has access to the sea).

The list of goods, the transit of which from the territory of Russia to the territory of its semi-exclave is prohibited, is defined by the latest edition of the regulation of the Council of the European Union (No. 833/2014 “On restrictive measures in connection with Russia's actions to destabilize Ukraine”). It contains a ban on the import, transfer or transportation of products made of iron, steel and some other metals, as well as caviar, alcohol, fertilizers, timber and wood products, glass containers and cement. Quotas have been determined for the transportation of fertilizers. From August 10, a ban on the transportation of coal will begin to operate, from December 5— oil, from February 5 next year— oil products. Article 3L of this regulation also prohibits Russian transport companies from transporting goods on EU roads, with the exception of goods to Kaliningrad, but in the event that the carriage of goods is not prohibited by another rule, recalls Ivan Timofeev, program director of the Russian International Affairs Council. In his opinion, the Lithuanian authorities at this stage, most likely, will rely on the articles prohibiting the transportation of iron and steel products, as well as goods from Annex XXI (it includes fertilizers, wood products, and caviar).

Lithuania is acting in accordance with the clarifications received from the European Commission, said Foreign Minister Gabrielius Landsbergis. In general, overland transit between the Kaliningrad region and other regions of Russia has not been stopped or blocked, the transit of passengers and goods not subject to EU sanctions continues, said Lina Laurinaitė-Grigene, a representative of the Lithuanian Customs Department (quoted by the Delfi portal). According to her, we are talking about the implementation of measures from the fourth package of EU sanctions. Lithuania missed those trains, the documents for which were issued before the decision to ban transit, Dmitry Lyskov, head of the press service of the government of the Kaliningrad region, told RBC.

Alikhanov estimated the restriction of cargo turnover at 40-50% of all cargo that traveled through Lithuania by rail. Onzhe said that maritime transport could replace rail transit. For the optimal redistribution of cargo traffic, according to preliminary estimates, seven ships will be needed, which are in the Baltic and will be involved in work, two will enter the line this week, carriers are ready to put ships on the Ust-Luga line— Baltiysk, said Lyskov.

“In recent years, about 10-15 million tons of cargo have been transported by rail annually. We believe that the capacities of the port complex of the Kaliningrad region will allow to process these cargoes in full. According to available estimates, the throughput of cargo port terminals is about 45 million tons annually, and in recent years the volume of cargo processed by the region's port complex was no more than 14 million tons,— Maxim Pershin, deputy director of the ACRA group of sovereign and regional ratings, told RBC. According to him, the port facilities in the Leningrad region are also sufficient to maintain cargo turnover. “In order to replace cargo transportation by rail, it may be necessary to increase the number of ferries between the Kaliningrad and Leningrad regions,” — allowed by the expert.

Read on RBC Pro Pro In depth: what freediver skills are useful in everyday life years in prison and a fine of 1 million rubles Articles Pro I work a lot and spend little time with my child. Am I a bad parent? Instructions Pro Why the Ukrainian crisis will increase inflation and poverty in Europe Articles Pro Emotional hunger: what it is and how it leads to overeating Articles Pro Pay a lot, get fired quickly: what it's like to work at Netflix — in 5 points Articles

What problems threaten the region< /p>

According to the regional government, the most sensitive situation is with cement and metal structures. “The sanctions list includes individual positions for components. At the same time, not all brands of cement are under sanctions,— said Dmitry Lyskov. According to him, the ban on transit— it is an inconvenience and expense, not a matter of survival or starvation. “We will still calculate a possible estimate of the rise in price, this is a complex figure, which includes not only logistics. In contrast to the railway, maritime traffic is highly dependent on the weather (temporary lags due to storms), which can affect the price, & mdash; explained Lyskov.

In 2020, almost 443 thousand tons of various types of cement were delivered to the Kaliningrad region from the territory of Russia. Cement— the goods are not very difficult to transport, they do not require special port facilities and can be transported by sea, Andrey Piskunov, managing director of the NKR rating agency, told RBC. “In the moment, this can damage the pace of construction” companies will take a break until the logistics are reorganized,— expert suggested. The situation is the same with metal structures, Piskunov noted, they can be transported by sea. How much the goods can rise in price for the consumer will depend on the volume of supplies.

How Moscow can respond

Alikhanov called Lithuania's decision an openly hostile step, since it concerns goods that are brought in and taken out from Kaliningrad to other regions of Russia. In his opinion, in Brussels they can “elementary” to solve this problem: an exception was made for Kaliningrad transit in the fifth package of EU sanctions, it should be extended to all the imposed packages of sanctions. So far, the European Commission has not commented on the possibility of expanding the list of exceptions for the Kaliningrad region. “The situation in Kaliningrad will not affect the rest of the world, but the rest of the world is affected by the situation that is unfolding in Ukraine,” — said EU Commissioner for Foreign Policy Josep Borrell, answering a question whether the ban on transit to Kaliningrad would cause new tensions in relations with Russia.

Alikhanov's position was supported in Moscow. Press Secretary of the President of Russia Dmitry Peskov called the actions of the Lithuanian authorities unprecedented and illegal: “This is a violation of everything and everything.” The Russian Foreign Ministry summoned the Charge d'Affaires of Lithuania Virginia Umbrasiene, who was told that “if in the near future freight transit between the Kaliningrad region and the rest of the territory of the Russian Federation through Lithuania is not restored in full, then Russia reserves the right to actions to protect their national interests».

After the start of a special Russian operation in Ukraine, Lithuania withdrew its ambassador from Moscow. The statement of the Russian Foreign Ministry stated that the measures taken by Vilnius contradict the 2002 agreement with the European Union on transit between the Kaliningrad region and the rest of the territory of the Russian Federation. It spells out «the uniqueness of the situation in the Kaliningrad region», however, the actions in case of imposition of sanctions are not specified.

According to Timofeev, Russia is unlikely to come to military measures, but the decision of Lithuania— this is a serious escalation of tensions.

In response to economic measures, Governor Alikhanov allowed a counter ban on transit. “Let's open the map and see where they carry the goods that are delivered to them in ports. If we exclude transit through the territory of the Russian Federation, then their competitiveness will not only drop significantly, but simply reset to zero, — he said on the air of the Russia 24 TV channel. State Duma deputy from United Russia Oleg Morozov suggested introducing a sanctions ban on all Lithuanian goods, as well as suspending energy traffic from Belarus.