Fei-Fei Relaunches Project With First Single Back, “MY BODY IS GOD ON ACID” 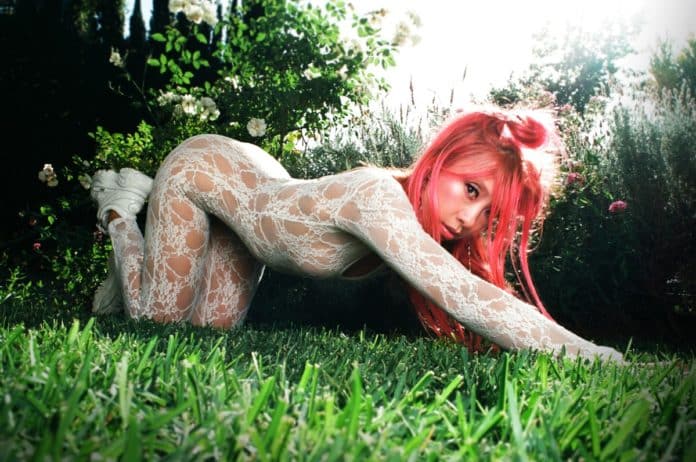 International DJ/producer and feminist powerhouse Fei-Fei is making her long-awaited return to her iconic project beginning with her new acid techno single, “MY BODY IS GOD ON ACID.”

Previously recognized in DJ Mag, LA Weekly, NYLON, Bloomberg, and more, Fei-Fei now relaunches her eccentric alias with the release of this divine feminine cut, out June 23rd via her own imprint, PUSSY POP.

It’s tough to encapsulate Fei-Fei’s sound in a handful of words. Bold, boisterous, and driven by unique sonic pairings, Fei-Fei’s discography ranges from euphoric trance hooks and dubstep to techno and grunge-pop. With official remixes for BANKS, Tiesto, and Basement Jaxx under her belt, Fei-Fei’s creations have undoubtedly swept listeners and peers by storm throughout her extensive career. As the first single to be revealed from her forthcoming EP, “MY BODY IS GOD ON ACID” sees Fei-Fei’s hyperfueled production in its entirety with pulsating basses, tripped out cyber soundscapes, and a mind-bending vocal.

This new release is a reclamation of Fei-Fei’s throne, a deserved recrowning for her acclaimed skill and talent as well as her passion for advocating for queer, femme, BIPOC, and non-binary communities and causes. “MY BODY IS GOD ON ACID” is powerful, purposeful, and serves as a symbol of all Fei-Fei stands for within her creative and personal selves.

“This is my first song back as Fei-Fei.

Her name is ‘MY BODY IS GOD ON ACID’ – and she’s a feminist acid techno banger. I hope she will empower you and give you weird, raw, and dirty urges until you are reborn in a euphoric haze of beauty.

She’s a journey back to my first love and how it all started. All the sleepless nights I danced and danced and danced until the sun came up. Losing myself in dark warehouse parties, abandoned roller rinks, laser tag arenas, and forest raves in the middle of nowhere. The music became a part of me. It did strange things to my body.

Last winter, I DJ’d a 5-hour set at Amazon re:Invent and I realized I MISS THIS. Dance music is still such a huge part of me. Shout out to the tech bros who raged their hearts out. But as I dropped tune after tune after tune, staring at a sea of men, playing bangers featuring vocals by men, produced by men, telling ME to shake my ass or work my pussy? Fuck that. I wanna see a sea of women, play more bangers produced by women, singing about our own damn bodies. I got back from Vegas and this song birthed out of me in a frenzy.” – Fei-Fei