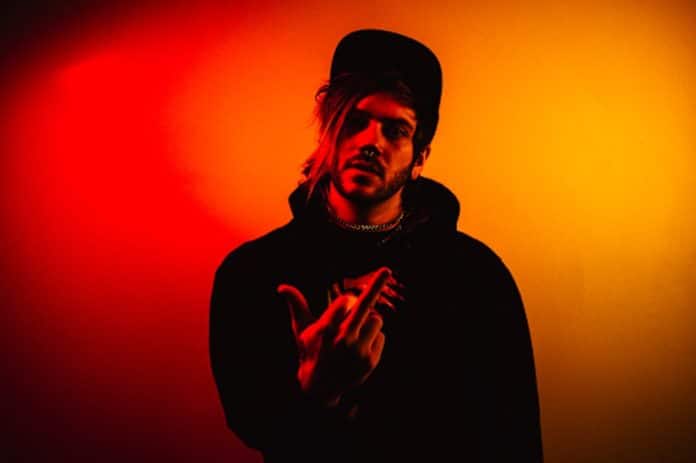 MUST DIE! plays by his own rules and it’s a game every music lover should want to experience.

While the artist first made a name for himself as a prominent player in the bass world, his music and range as a producer has morphed into something that falls well outside the bounds of any one genre.

Take for example his live sets, many of the songs border on 160 BPM with a whole lotta techno and other strange and wonderful sounds invading the space. We saw this trend in MUST DIE’S recordings for some time now with his most recent album, CRISIS VISION, exploring the outer realms of the electronic music world.

Coming off of two major collaborations with Eptic and Zomboy for their respective projects, the next stop in the MUST DIE! journey is his new single ‘GRAVEBLOOM.’ The track was inspired by the golden era of UK rave and classic artists such as The Prodigy, Atari Teenage Riot, and Squarepusher. It’s notable for combining an 80’s inspired synth line with crackling percussion and jagged breakbeats.

“’GRAVEBLOOM’ is something I’ve always wanted to do, thematically. I love a lot of music that breaks formulas and surprises the listener without feeling like a novelty, or relying on the “gotcha” to sell itself. I really wanted the tension to build and release naturally, so I didn’t force it,” MUST DIE! says.

Between his eccentric state of mind and cutting-edge mettle in the studio, MUST DIE! caters to an audience with a penchant for forward-thinking sounds that will both challenge and dignify electronic music as we know it. With nearly 10 years under his belt, MUST DIE! began building his cult with consistent releases on one of the genres most notable labels, leading him to represent Never Say Die’s prestigious roster.

The start of 2019 established a new era of MUST DIE! with the release of his genre-bending singles “BLISS 2K” and “CHAOS.” Both singles landing at #1 on the Beatport Dubstep Top 100 and reaching over 1 million streams on Spotify, MUST DIE! sparked a new trend in bass music, introducing classic rave elements and hard dance components to his catalog. Separating himself from his peers through excellence in production and creativity that simply can’t be copied, MUST DIE! maintains his own lane and leads the up-and-comers to follow.

‘GRAVEBLOOM’ kicks off a period of tremendous activity for MUST DIE! Be on the lookout for more information regarding more new music and tour dates in the coming weeks.

MUST DIE! On Tour

More dates to be announced