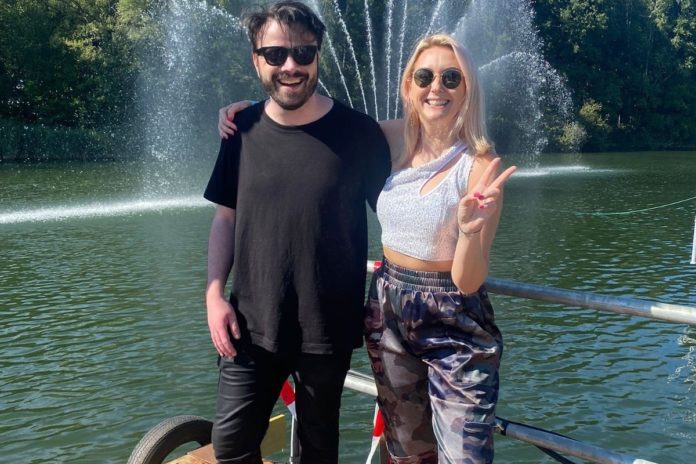 Having been a staple on the touring circuit this summer, across more than 35 dates ranging from festivals such as Glastonbury, Tomorrowland, and EDC Las Vegas, it epitomizes why the beloved duo has become a mainstage addition globally. Following singles “Take it Away,” “Lions” and “All We Needed,” it’s an impressive offering to a diverse collection of records, each paying homage to Koven’s signature emotive penmanship.

Koven shares, “‘Higher Ground’ has been a really fun and unique experience for us. Historically all of our writing happens remotely but this time around, the music was written over a few days at a writing retreat. This also presented opportunities like working with Max’s old music theory teacher, Simon Dobson, who helped us with all the string arrangements alongside the Parallax Orchestra. That wouldn’t have happened if we didn’t accidentally bump into him whilst on the writing retreat. Since the album [‘Butterfly Effect’], we set ourselves a new mantra of ‘leveling up and being the best version of ourselves, and that’s the meaning behind ‘Higher Ground’. We hope you enjoy ‘Part 1’ and we have even more to show you on ‘Part 2.’”

Returning once more under the Monstercat banner, a figurative home for Koven where they released both their ‘Butterfly Effect’ and ‘Butterfly Effect (Deluxe)’ LPs, they continue to explore a range of dance music genres in their robust compositions.

Already securing support from tastemakers including UKF and BBC Radio 1, their ‘Higher Ground (Part 1)’ EP ushers in a new chapter set to redefine the pair. “Industrial Strain” incorporates what Koven are best known for; drum & bass with empathic emotion. The precision and depth of Max’s production merged with Katie’s earnest songwriting and vocals is perfectly embodied through “Industrial Strain,” a track which has marked itself with its epicness by the crowd’s reaction on stage to tens of thousands at Belgium’s Rampage Festival.

Having spent the lockdown period further sharpening their craft, as well as showing the breadth of their creativity through their virtual reality space Another Home, Koven is proving to be artist in the truest contemporary sense. And now ‘Higher Ground (Part 1)’ is complete as dancefloors have returned around the world, leaving fans eager for more to come in ‘Part 2’.