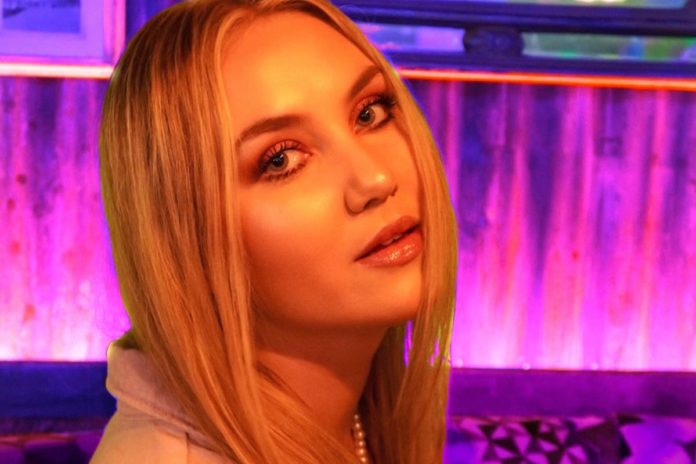 EVALINA announces new warming single ‘Side Effects’, a song about the personal effects of a relationship that is falling apart.

The collab made it to The Capital Official Big Top 40 at #5 and The Official Downloads Chart at #25. Her recent successes include her 2021 release ‘Know Better’ which has received airplay on Radio 1 and has amassed 3.8 million streams on Spotify alone.

She then went on to feature on About That’s debut single ‘Who Let The Dogs Out’ which featured on Andrew Lloyd Webber’s debut Times Square DJ Set, EVALINA was featured in reports by The Huffington Post, Dazed, The New York Times, Radio 1 and Music Week’s ‘Cool Cuts’ chart. Her latest single ‘Want Me’, a collaboration with DJ Yuki and Yola Recoba landed on Spotify’s New Music Friday, UK House Music, Friday Crate Diggers, and Dance Rising as well as gracing the cover of New Dance Revolution. Apple Music also included the track on Breaking Dance and New In Dance.

The track produced by Jo:Ker features crystal clear production, motivating dance rhythms and grooving synth lines that places your thoughts in a younger self. Side Effects is the next pop-dance track that you can expect to hear across festival sets all through the summer. Speaking on the new single, EVALINA states:

“After years of working on my solo music I am incredibly excited to finally be releasing my debut single ‘Side Effects’! This song is very special to me and really feels like the beginning of a new era for me as a solo artist and it felt like an appropriate song to debut with, having been the first song on my set list at each show when I went on tour last year.

Lyrically I think it showcases a more storytelling element to my writing that people may not have heard before in the dance features I’ve released and it’s the most personal song I’ve released so far (and there are many more in the works to follow!!)

The response so far has been amazing! I’m so happy that there’s now a little piece of my heart out in the world and I hope people will be able to relate to my lyrics and love the song as much as I do!”