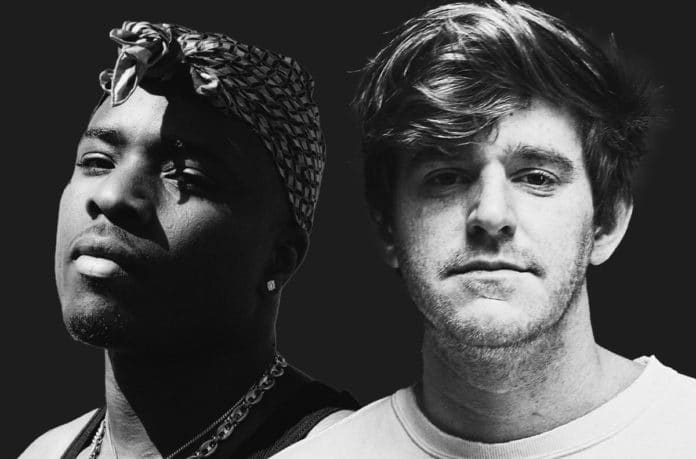 The high-energy track is the third single of NGHTMRE’s highly-anticipated forthcoming debut album, DRMVRSE, which is due out September 9.

NGHTMRE’s whirlwind of a career is all culminating with his debut full-length album, ‘DRMVRSE,’ which was announced last week and is set to be released on September 9. Created during the COVID pandemic, DRMVRSE tells a cohesive fantasy story filled with characters and plots, which are being revealed through his artwork and music videos. The album’s first single, “Fall Into Me” with SLANDER featuring Dylan Matthew, was released in March and its second single, “The One” with KLAXX, was released in May.

“The instrumental for ‘Trials’ is something I actually wrote a while ago. It took a long time to find someone I felt could match the energy of the record. Once I listened to IDK’s music for the first time I knew he would be amazing on it. He’s not only an impressive lyricist but an incredible singer/vocalist as well. He really nailed the vibe perfectly on this one!” – NGHTMRE

Baltimore-raised British-American rapper, producer, and director IDK began his career in 2012 and released his debut studio album, Is He Real, in September 2019 featuring standout singles “24” and “Digital.” He followed it with his second, USEE4YOURSELF, in July of 2021 with major collaborations such as “Shoot My Shot” with Offset and “PradadaBang” with Young Thug, which have over 45 million streams combined on their own.

In May of this year, IDK released his third studio album, Simple, with its standout single “Dog Food” with Denzel Curry and produced by longtime friend and collaborator, KAYTRANADA. IDK has also collaborated with The Neptunes, Pusha T, A$AP Ferg, Joey Bada$$, Russ, J.I.D, T-Pain, Swae Lee, the late MF DOOM, and more.

Over the past few years, NGHTMRE has had a whirlwind career – quickly moving from a budding young producer remixing his favorite musicians’ tracks to collaborating with those same musicians and joining them on festival main stages around the world.

Since gaining major recognition with his 2015 single, “Street,” the American producer has released a string of hits and performed at a multitude of universally recognized music festivals, including Coachella, Bonnaroo, EDC Las Vegas, Tomorrowland, and more. As co-founder of the GUD VIBRATIONS record label, his ear for dance music and easy going personality have elevated him to be one of the most talked about names in the industry; dubbed as one of the next household names in dance music.

NGHTMRE performed twice at Ultra Music Festival and once at EDC Las Vegas this year. He is coming off two larger-than-life ‘Into The DRMVRSE’ events where he debuted all new visuals for the upcoming DRMVRSE album.

The first was at the iconic Red Rocks Amphitheater in April (aftermovie HERE) and the second was at Brooklyn Mirage in New York on July 4th. He also has a tenured residency with Tao Group and performs at Hakkasan in Las Vegas regularly. Stay tuned to NGHTMRE’s social media channels below for an upcoming tour announcement.