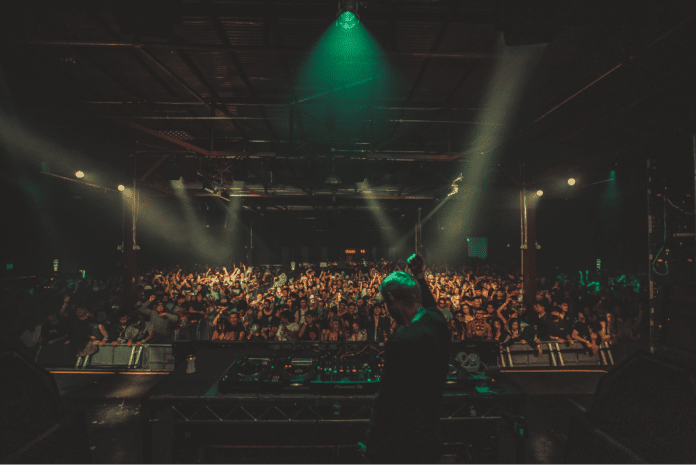 Eliminate strips things down to the bone on his new single, “Nothing Left,” featuring singer-songwriter Xaelo, an emo-powered crossover track that empties itself out as part of eighth season of NIGHTMODE releases.

Before the summer sun started to beat down on the dancefloor for what has been a rather busy festival season, Eliminate greased the wheels for a hectic touring schedule by offering up his sophomore single on the NIGHTMODE imprint. Released in May, “Open Your Eyes” came into the frame as a pupil-dilating four-on-the-floor track that showed the shapeshifting producer doing what he does best.

The track caused a furious uproar during his stop at the Forbidden Kingdom festival in Florida, but nothing compares to the incredible moment when he tossed it into his set during the height of the night for the NIGHTMODE art car takeover at EDC Las Vegas on Saturday. On the back of that heart-pumping release, he’s ready to switch up the tempo with his third appearance on the imprint.

“Nothing Left” is another curveball from the genre-blurring mastermind. Helping him expand his horizons, he teams up with emerging vocalist Xaelo to create a dance-pop hybrid plucked out of a place of pure desolation. In addition, to Eliminate unrivaled sound design, he also opts to incorporate some live instrumentation into the mix to bring a human element into a song that warrants such necessary measures.

There’s an almost addictive quality about Xaelo’s vocal delivery, as he grapples with the excruciating pain of getting burnt by a self-centered lover who robs life of all its meaning.

The verses build themselves around an emo rap framework, with the overwhelming despair pouring out across somber piano chords, crisp 808s, and washed-out guitar phrases. Once the despondent hook goes into full effect through the seemingly inconsolable lyrics “You took it all, and now there’s nothing left,” the track descends back into electronic territory via a melancholic electropop beat that keeps the misery in good company.

The track is already going the distance for the L.A-based phenom, Nathan Merrill, known to the world as Eliminate. He recently used it to close the book on a run of shows in Asia, which marked his first time back on the continent since the live events space started to heal in a post-pandemic reality.

Now currently trekking through Australia, he’s letting the other side of the world have a taste before he heads back to the States to close out the season at Nocturnal Wonderland in SoCal. And Eliminate’s new single “Nothing Left” will be there to console you once the postpartum starts to sink in.

“I think ‘Nothing Left’ fits as a nice crossover between emo and pop, while still being a dance music record.”–Eliminate