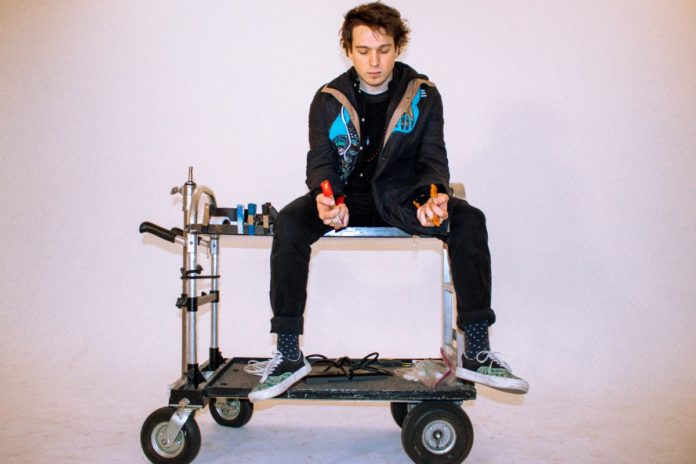 Currently operating out of Los Angeles, the low-end deviant has been busy piecemealing a spectacular body of work for the HARD imprint over the last couple of years. His penchant for blistering breaks and adrenaline-rushing bass music has shined through on every single he’s turned in to the label thus far. On his next appearance, however, Nitepunk refracts his gritty persuasions into a prism of euphoria to create a woozy wave creation imbued with blissful emotion.

“Black and Colors” dives into a technicolor world governed by love and life-affirming exuberance. Joined by the talented New York-based singer Isa, this velvety piece warms the soul with its seemingly effortless vocal delivery.

Her mellifluous tones speak pure positivity into existence. And the uplifting wavelength she rides is amplified to the heavens through an enriching palette composed of barking synths, sweeping guitar riffs, tender piano keys, swirling atmospherics, percussive complexities, and splashes of trap elements.

Nitepunk shares a few words about the meaning behind his new single: “This song personally makes me feel like I’m on a cool adventurous nostalgic journey and the final destination is a state where everything kinda blossoms inside me, feeling all the best things together: Happiness, peace, love, childlike excitement about life, energy, flying high and free. I think this is a song where I see colors in the most sparkling way in terms of synesthesia. I want to write music for everybody and I think this is one of those records where, no matter what you listen to or are into, you will find a piece of you inside it, or at least that’s what I’m hoping for.”

Isa adds onto the conversation with her thoughts: “I want to promote positivity or provoke thought, so I love the message. ‘Black and Colors’ was the name of the track already so ‘color me in love” was a no-brainer and one of my favorite lines to date; it makes me feel bubbly while singing it. It’s a feel-good song touching on insecurity, hurt and that person who inspires you to be great.”

Born in the country of Georgia, the New York transplant Nitepunk has solidified his name within the electronic music sphere after countless head-turning bass creations that continue to break down the barriers between breakbeat, dubstep, trap, and wave. He’s demonstrated his versatility time and time again with the HARD Recs crew with his previous singles, “MTV,” “Miracle,” and his debut offering “Flow,” which featured vocal work from the lovely Isa.

They are now back in action together for another crowd-approved single, having been previewed in his set on the cosmicMEADOW stage during this year’s EDC Las Vegas.

“Black and Colors” is another jaw-dropping offering from the madman that is Nitepunk, and it serves as a marvelous pitstop on the road to his forthcoming package soon to be released on HARD Recs.

Nitepunk’s new single “Black and Colors” is available on all platforms via HARD Recs.