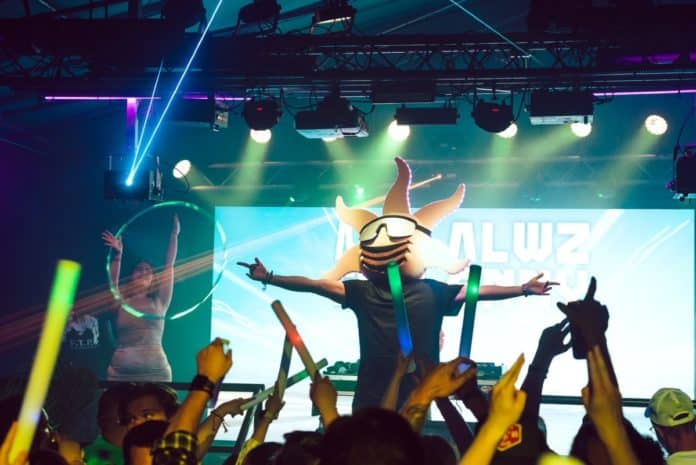 The track is the second collaboration between ALWZ SNNY and NFL sensation-turned-musician Marquette King, following up on the success of their song SNNYLAND which was released last year.

‘Aggressive Love’ is a true big-room style track and features an emotional piano vibe with a synth-heavy background, tantalizing drops and understated yet strong percussion elements.

The release includes a music video directed by JD Films, who has done other work with ALWZ SNNY, including directing the iconic music video for the hit single “I’ll Be Alive” which was released last fall.

In fitting with the release of the new big-room style single, ALWZ SNNY will be debuting in his first major Insomniac Festival, playing Mainstage at Moonrise on Aug 6th in Baltimore.

The annual electronic dance music festival will be held at the Pimlico Race Course and will have three different performance stages. The event historically attracts tens of thousands of fans and features some of the best musical talent in the world including DJs such as Zedd, Excision, and Tiesto.