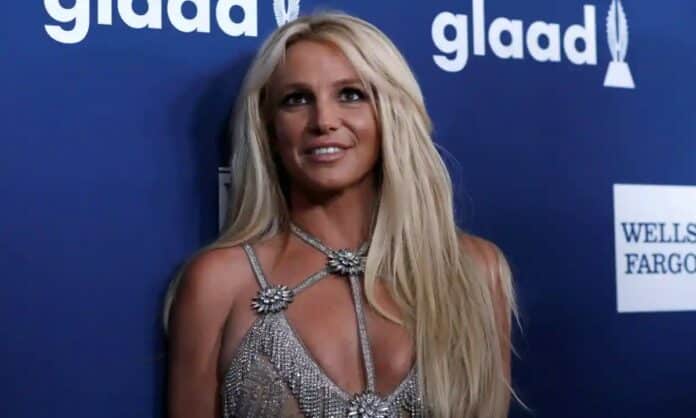 Britney Spears is back with her very first new track since the end of her controversial conservatorship and teaming up with Elton John on his 1972 hit “Tiny Dancer,” it has now been reworked into a dance anthem titled “Hold Me Closer.”

While this isn’t Elton John’s first foray into re-working his classics into more relatable reworks for the new generation, he found success in partnering with Dua Lipa on “Cold Heart” just last year, which then got a remix by Pnau which took over the scene and dominated radio waves.

Hoping for similar success on “Hold Me Closer” John partnered with Spears for her vocals and the track is produced by Andrew Watt with its nu-disco vibes to the classic.

Speaking to the Guardian (link – https://www.theguardian.com/music/2022/aug/26/britney-was-broken-ive-been-broken-and-its-horrible-elton-john-on-helping-britney-spears-sing-again ) about revitalizing his classics with mashups and collaborating with new artists, John said, “I want to do one every year for a fun, happy summer record.”

Speaking about working with Spears on her first release in such a long time, and probably the first in a very long time where she actually had artistic freedom, John said, “I’m so excited to be able to do it with her because if it is a big hit, and I think it may be, it will give her so much more confidence than she’s got already and she will realise that people actually love her and care for her and want her to be happy. That’s all anybody in their right mind would want after she went through such a traumatic time.”

Okie dokie … my first song in 6 years 🎶 !!!! It’s pretty damn cool that I’m singing with one of
the most classic men of our time … @eltonofficial 🚀!!!! I’m kinda overwhelmed… it’s a big deal to me !!! I’m meditating more 🧘🏼‍♀️ and learning my space is valuable and precious !!!