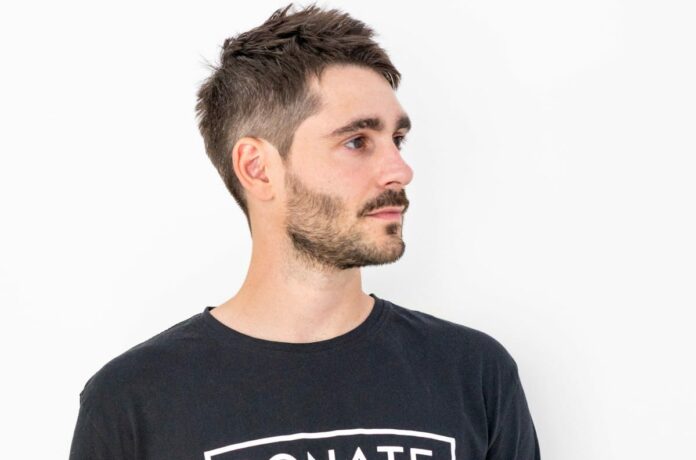 Only a few weeks after the release of his Paris protest-inspired single ‘Pipeline’, the supremely-talented French producer is already back to present us a new single, ’54.’

The new single comes paired with the exciting announcement that Worakls is readying his latest studio album masterpiece which he will no doubt be sampling on the road for fans during his next tour ‘Orchestra’ which begins in September.

Worakls has chosen to hit hard with “54’ on his label Sonate. With a unifying melody, an electro vibe, and a finely controlled orchestration, ‘54’ is the quintessential Worakls track. The song combines substance and form, which will appeal to both old and new fans. LIV’ is the conversion of ’54’ into Roman numerals, the name of Worakls’ daughter, his inspiration for this creation. It’s also a reference to Studio 54, the most iconic club in history.

The artwork, created by Italian information designer Giorgia Lupi is a visual representation of the origin and story of ‘54’ as well as a visualization of the song itself. The 54 lines in the background are overlaid with the two main dates for the story of the song (2.25.22 and 9.2.22), illustrated with the black dashes and connections. The central artwork represents a manual dissection of all the instruments and melodies in the song as heard by Giorgia Lupi.

Following his soundtrack for Hugo Clément’s “Sur Le Front” France 5 television documentaries, a Gold export single for his track ‘Salzburg,’ a remix of Armin van Buuren’s “One More Time,” and his previous single “Pipeline” and a North America tour that just ended, Worakls sure wants to present the new version of his project through a tour and a new album. No less than 16 cities will host the Orchestra Tour, which will begin in Lyon on September 23 and will end in Munich on December 11, 2022, after having crossed the continent. Have a look at Worakls 2019 Cercle performance for a good example of what the orchestral performance looks like.

‘54” is out now on Sonate – stay tuned for more information about the tour and studio album. Check out Worakls music releases here!