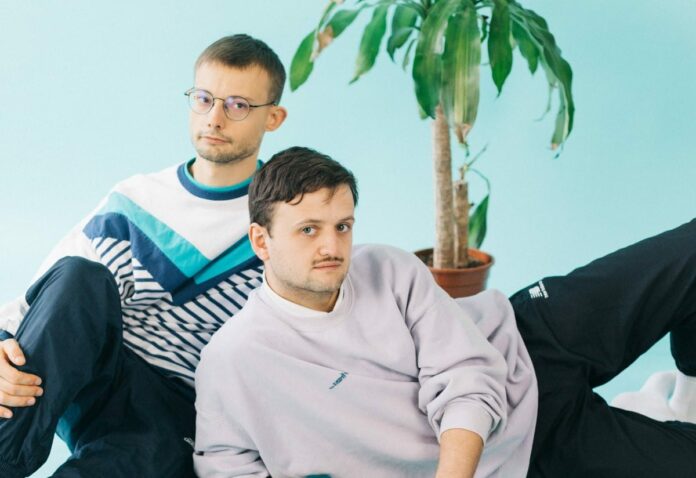 The first single to be taken from the outfits’s eagerly anticipated debut album Hard Times, Soft Music (set for release on October 14), ‘International Communication’ sees close friends and production partners Julius and Niels draw on their combined wealth of studio experience and bountiful creativity to deliver an exquisitely crafted lo-fi electronica cut, replete with complex analogue textures, stripped back refrains and a cosmic groove that drives the record across its four-minute duration.

Following on from the more dancefloor-oriented tones of their six-part Comeback EP on KELLER back in June, this new single on Laut und Laise reflects a shift in musical direction from the Berlin-based outfit, who combine traditional song-writing structures with more abstract timbres, to balance the familiar with the surreal.

Transporting the listener into their own reflective dimension of tripped-out, sonic exploration, the duo’s understated melodies and refined textures are perfectly complimented by warped synthesizers and restrained beats; their distorted sound palette forming the backbone of the hazy, sun-drenched narrative.

Speaking about the single and the upcoming album, Brigade commented:

“We took the pandemic as a cue to take a break from dancefloor productions and play around with different genres and production styles. The first single “International Communication™” showcases that breadth and introduces an album that pretty much anyone in the post-Shrek cultural landscape could agree on. Basically, if you appreciate a good hug, chances are you’ll enjoy this LP. Also, there’s a pretty cute dog on the cover.”

The record is the first single to be taken from their upcoming debut album Hard Times, Soft Music – due for release on October 14.