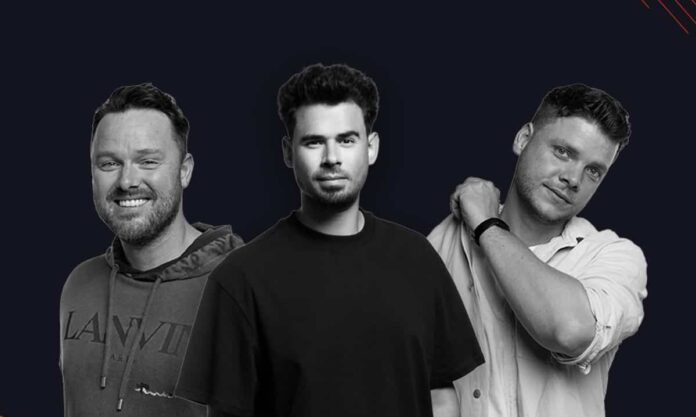 On September 4, Afrojack and DubVision will be performing live to a crowd of tens of thousands of fans at the highest level of racing, giving them an unforgettable experience while hearing their brand new collaboration.

“Feels Like Home” is a bright, energizing single with a dazzling melody and tender vocals that will surely leave fans singing along at home, in their cars, at clubs, and festivals.

The uplifting anthem expresses how being around the person you love can comfort you during even the roughest of times. The layered tones of the track give way to a euphoric festival mainstage-ready drops that only dance music veterans like Afrojack and DubVision can provide.

Afrojack has produced some of the biggest hits in the past decade, and cemented his legacy as one of the top names in dance music. Last month he released “Day N Night” with Black V Neck and Muni Long, the first single of his new venture with Universal Music Group, which was announced in late July.

Also in July, he released ‘Afrojack Presents NLW,’ a surprise 7-track EP that returned to his club roots, and “Worlds On Fire” with R3HAB, their first collaboration in over a decade, released ahead of their back-to-back performance at Tomorrowland Belgium. He will be performing at Marquee and Electric Zoo, both in New York City, on September 2 and 3, respectively.

In March, Afrojack and David Guetta released “Trampoline,” an all-star cross-genre collaboration featuring Missy Elliott, BIA, and Doechii. The Dutch musician started 2022 with his fourth GRAMMY nomination, this time, and for the first time, for ‘Best Dance Recording’ for his inspiring dance pop crossover Summer song “Hero” alongside David Guetta.

“I’m extremely honored to have been asked to collaborate with my good friends DubVision for the official anthem by the organization of the Dutch Grand Prix. The track is an ode to where it all started; for me, for Verstappen, for DubVision and so many others. I can’t wait to share it with the world on the 2nd of September.” – Afrojack

DubVision are a Progressive House duo of brothers with many dance music staples such as “Anywhere With You” with Afrojack and Lucas & Steve, “Invincible” with Firebeatz, and their remix of Martin Garrix’s song “No Sleep.” DubVision have recently performed at Tomorrowland 2022 and are currently on the DubVision Summer Tour Phase One, traveling to many countries such as South Korea, Japan, Spain, Belgium, The United Kingdom, and the United States.

“I don’t think it’s fully sunk in yet that we will actually be taking part in the Formula 1 Dutch Grand Prix, one of the biggest moments in sports of the year. We’ll be working around the clock together with Nick to make sure we deliver the best version of the track possible. Let’s hope ‘The Orange Army’ approves!” – DubVision