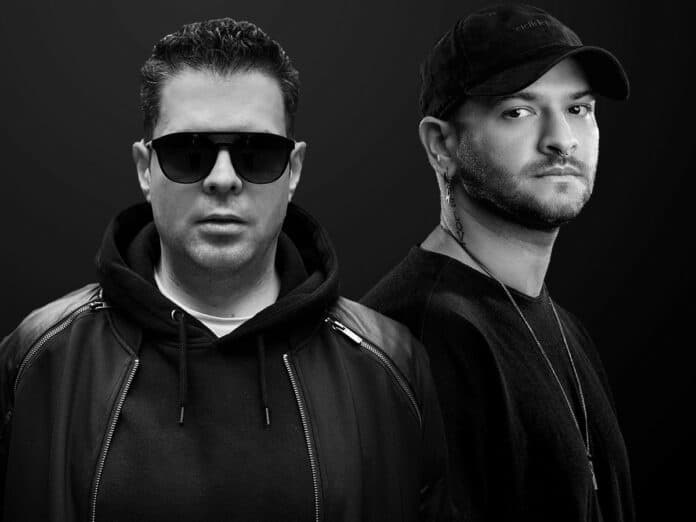 The single opens with soulful male vocals expressing hope in tough times in their relationship, and Gee seamlessly incorporates a deep, groovy bassline. Instrumental toplines provide a cinematic touch to “Hold On” that makes it stand apart; it’s both a dancefloor filler and a radio-friendly record that perfectly complements CONTROVERSIA’s catalog of genre-bending releases.

Giorgio Gee’s earlier notable singles include “Trippin’” and “Lady,” which have together amassed over 34M streams on Spotify. Mojjo has previously released on the label with Alok himself on “Love Love,” featuring Gilsons, and remixed Bhaskar and Alok’s “Killed By The City.”

“We wanted to produce a track that fuses deep and progressive elements of house music. While the breakdown delivers a bit more chilled but still intense vibe, we were still aiming at having some twists and turns, so that’s why the drop unexpectedly unleashes a bold brass melody and a driving bassline. The story we want to share with the listeners is that no matter how hard times are or how difficult a situation is in your life, you should believe in yourself and just hold on.” – Giorgio Gee & Mojjo

Alok’s CONTROVERSIA continues to go from strength to strength, and this latest release is another fine example of a label making all the right moves to maintain its impressive forward momentum.

Since its inception in June 2019, CONTROVERSIA has accumulated over 1B Spotify streams thanks to its remarkable family of artists, including Yves V, Alan Walker, Bhaskar, Alle Farben, Vintage Culture, Mojjo, and now Giorgio Gee.

Previously Gee has also released on labels including RCA/Sony, Kontor, Warner, and more, while Mojjo, next to Alok and Bhaskar, previously also worked with KVSH, Hungria Hip Hop, and more. CONTROVERSIA has consistently been releasing more and more cutting-edge singles, so keep an eye out for the next drop!