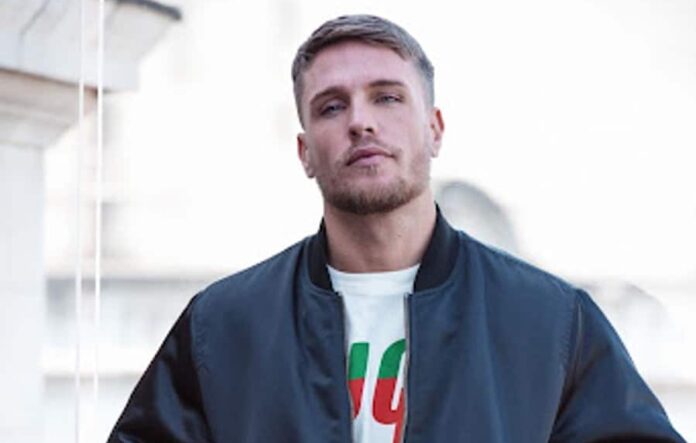 Centring around a deep, pulsating bassline, catchy diva vocals and Zanetti’s always on-point bars, ‘Hope It’s Not Too Late’ is an irresistible 2-stepper that’s destined to fill dancefloors across the country and beyond.

The pair first connected when Zanetti messaged Harrison to tell him how much he loved his maiden release ‘It Was Just A Fling’. “I don’t think I could sleep that night,” Harrison recalls. “I was so excited.”

“I can’t believe how quick it has all happened,” he adds, reflecting on his rapid ascent through the ranks. “I had a two-year plan and I’ve ticked all those things off already. I can’t wait for people to hear the new tune and to get to play it out this summer!”

Despite being a relative newcomer, 23-year-old producer Chad Harrison has been turning heads over the last couple of years with a steady stream of high quality releases. The 2021 single ‘Hope It’s Not Too Late’, has been particularly popular, amassing 450,000 Soundcloud streams to date. The success of the track has now led to the 2022 version, now also featuring Zanetti.

Bursting onto the scene as a club promoter in his native Leeds, Tom Zanetti has since risen to the upper echelons of British music, amassing hundreds of millions of Spotify streams across his back catalogue, scoring a platinum-selling record with single ‘You Want Me’ and has countless sold-out international tours and festival headline slots under his belt. The musically-minded entrepreneur now runs a handful of festivals and owns one of his hometowns leading premiere nightclubs, ‘Dollhouse VIP’, whilst also being the brain behind another of the nation’s leading underground dance promotions ‘Sleepin’ Is Cheatin’.

A scintillating collab, ‘Hope It’s Not Too Late’ seems destined to be the start of something special.