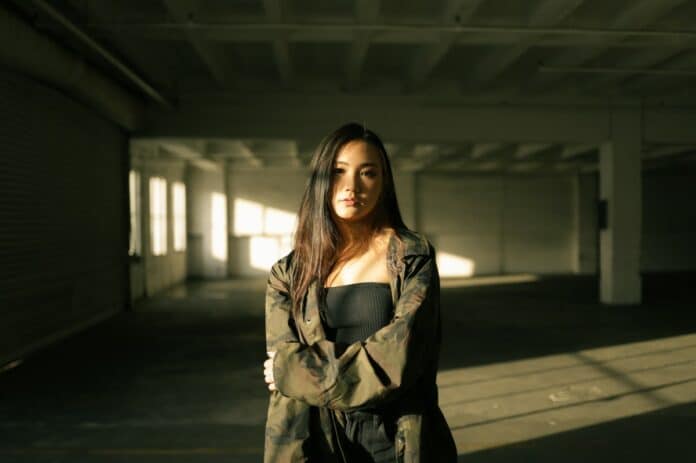 The melodic midtempo track serves as the first vocal original for the two producers and features heavy halftime drops and anthemic vocal sections. SENZA has been teasing the track, a fan favorite at her performances, at HARD Summer, Audiotistic Music Festival, opening for Ray Volpe at Exchange LA and Yetep at Stereo Live Houston.

SENZA has already caught the attention of many having released on the label Electric Hawk and receiving support from outlets like Radio Wonderland, YourEDM, hearditherefirst, Brownies & Lemonade and ThisSongSlaps.

She isn’t a stranger to live performances either, having opened for artists including Ray Volpe, Dabin, JVNA, Luca Lush, GAMMER, Yetep and Mako and playing the mainstage at Audiotistic Music Festival in SF. In her DreamWorld set, she racked up over 15,000 concurrent live viewers on Twitch. With a pipeline of unreleased edits and IDs coming this year, all eyes are on SENZA as she takes her brooding yet melodic take on bass music.

Michael Azuma, better known as Hashon, is a 24-year-old Japanese-American electronic artist based in the Bay Area. In early 2012, Michael produced and DJ’d in his bedroom – mixing and mashing up tracks by his artist inspirations Skrillex, Madeon, and Porter Robinson. Michael went through various artist projects over the years – creating different genres and learning more about himself. In March 2020, Michael launched Hashon whose sound is a combination of electronic textures, Japanese instrumentation, and soothing vocals.

Being a 5th-generation Japanese-American, reconnecting and exploring his Japanese roots has been something he’s been longing to do. With this new project, Michael plans to go back to his roots and draw on his culture to be represented in a new, forward-thinking way which you can hear in his upcoming releases for 2022.

Japanese American pop artist Mikara creates music that makes you want to move while simultaneously tugging at your heart strings. Her honey coated vocals dance around pop beats while pouring her heart out over lyrics straight from the soul. By the age of 6 she was performing in front of crowds, with her dad backing her on guitar and she continues to perform out with him today with his band K-Doh & The Doh-Nutz!