Forester Returns With New Single & Music Video “All I Need” 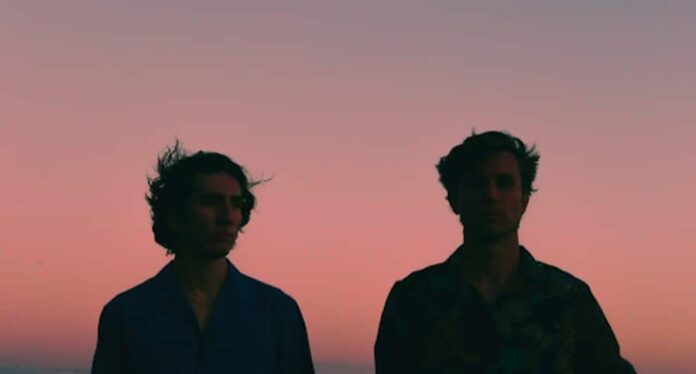 Following up their spring 2022 album, Watercolor, the Los Angeles-based indie electronic duo, Forester (aka David Parris and Xander Carlson) return with the new single “All I Need” on Kygo’s Palm Tree Records.

“All I Need” takes a sharp turn from previous Forester releases, bringing a dose of filtered house and an irresistible chorus sample to the duo’s signature organic electronic production. It’s a summertime hit and then some.

The accompanying music video shows the duo performing on an idyllic beach, and as the daylight turns into a picturesque sunset, the video follows a couple through a trippy and passionate dance party in the sand as the song’s lyrics “You Are All I Need” echo behind them.

“’All I Need’ is an ode to those that stay close through thick and thin. Life on the road has been filled with highs and lows for us, making the role of the people we love and trust in our lives even more important. Everyone has those people, and in making this song we wanted to show them a little appreciation. We also noticed while performing live on the road that we formed an incredible connection with people when playing some of our more upbeat songs. We wanted to take this energy from the live setting and recapture it in the studio. It’s already become a favorite for those who have heard it live and we’re excited to share this with all of our fans.” – Forester

“All I Need” comes on the heels of announcing their “Moonlight Tour” which will bring Forester’s live show to significant locales across the country including El Rey Theatre in Los Angeles and Bowery Ballroom in New York City, among others.

Inspired by nature and the natural beauty in the world, longtime friends, Parris and Carlson launched the Forester project in 2019 and experienced immediate success with their debut single “Spark” which collected more than 5.8 million streams on Spotify. True to its name, the song was an auspicious beginning that caught the ear of an A&R at Kygo’s Palm Tree Records, where Forester signed in 2020.

The guys further developed the Forester sound, at 8,000 feet, at Carlson’s family cabin in Mammoth Lakes, California, on the eastern slope of the vast Sierra Nevada mountain range.
Musically, Forester fell into a dreamy, achingly emotional, and thoroughly sophisticated, middle ground between the indie folk of Bon Iver – a hero to both Parris and Carlson – and melody-focused electronic giants like Avicii. The music made in the mountains became their 2020 sophomore LP, A Range Of Light. Three albums down, Forester has now amassed over 75 million streams.

Forester is in their element performing live and out in the wild. Their first ever live show was in June of 2021 at Colorado’s epic Red Rocks Amphitheatre when they opened for Kygo.

The Norwegian powerhouse also invited them to open for him at his massive summer 2022 stadium shows in Oslo and Mexico City, gigs that put the duo in front of tens of thousands of fans. Outside Lands 2022 in San Francisco found Forester not only doing their hypnotic live set – for which Carlson sings and plays synths while Parris handles guitar — but playing a DJ gig later that night.

A pillar of the project is the preservation of the nature that’s inspired them, with the guys donating a portion of the revenue from their first album to The Nature Conservancy, who used it to plant roughly 1,000 trees. Their ultimate goal is for their streaming to be at net zero carbon emissions.