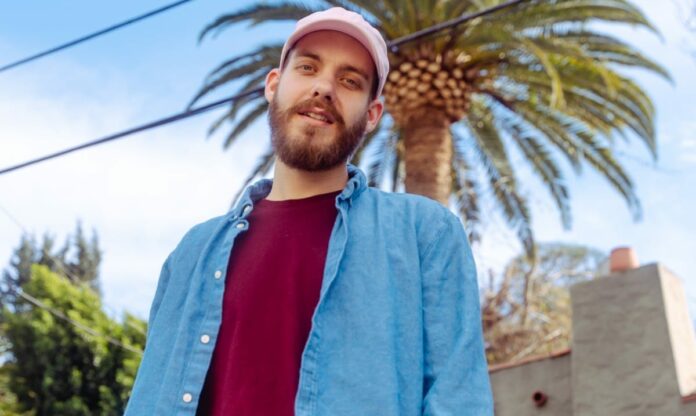 Dutch producer, artist and mental health advocate San Holo is proud to release his new single “All The Highs” via Helix Records.

Staying true to the artist’s quintessential sound, the forthcoming track is a testament – simply put – to all of the lows and all of the highs, and remembering the ebbs and flows of the human experience.

“‘All The Highs’ is about looking back and embracing all the lows and highs you’ve gone through in life. There’s peace to be found in the realization that the world goes on regardless of what happens and that ‘life is.’” -San Holo

“All The Highs” encompasses everything that San Holo is – hypnotizing melodies combine with lush vocals to generate a feeling of calm and a listening experience that transports you to another, more tranquil world.

The lyrics, “Our memories on rewind, all of the highs, all of the lows” speak to San’s understanding of the world around him – the realization that each random passerby is living a life as vivid and complex as one’s self, populated with their own ambitions, anxieties, routines and social networks.

Having recently released with Jai Wolf in June and partnering with popular mental health app Calm for his “Stay Vibrant” mix series, “All The Highs” is reminiscent of the emotionally charged angles of the San Holo project.

In terms of the relationship between how San produces his music and the message he continually promotes to new and existing fans alike, it is a linear one. While other artists in the dance music sphere and industry at large may shy away from the rawer aspects of the human experience, San Holo has established himself both as an individual and a brand that encourages listeners to embrace one another’s vulnerabilities.

With a Boba Guys meet & greet in the Bay Area under his belt and a Brownies & Lemonade elevator performance party in Los Angeles up his sleeve for the month of September, San Holo’s new single has quite a few opportunities to get exposure from different audiences and gain traction in the electronic space. “All The Highs” will also be a part of the FIFA 2023 soundtrack dropping at the end of the month, followed by much more music to come in the near future.

In addition to streaming platforms, “All The Highs” will be available on Sound.xyz at 1p PT / 4p ET on release day as well. After connecting their Eth wallet, users will have the opportunity to purchase a limited edition NFT of the track and claim a seat in the simulated audience for the public listening party. The winner of the ‘Golden Egg,’ which will be hidden in a randomly selected timestamp, will receive a pair of VIP tickets to a San Holo show of their choice.

For San Holo, everything is personal. Every note is a story and each lyric a memory, a hyper-real exploration of purpose, emotion and shared experience – and “All The Highs” is no exception to that rule.

The Dutch producer lives in his own space, crafting a world of beauty and sentiment between the build-and-drop bombast of post-EDM and the intimate musings of ambient post-rock. Having produced future bass since Soundcloud’s golden era, San’s unique style and honest approach to songwriting has earned him a loyal following that supported his independent debut album and cemented the artist as a star in a league all his own – earning the praise of critics and peers across a multitude of genres.