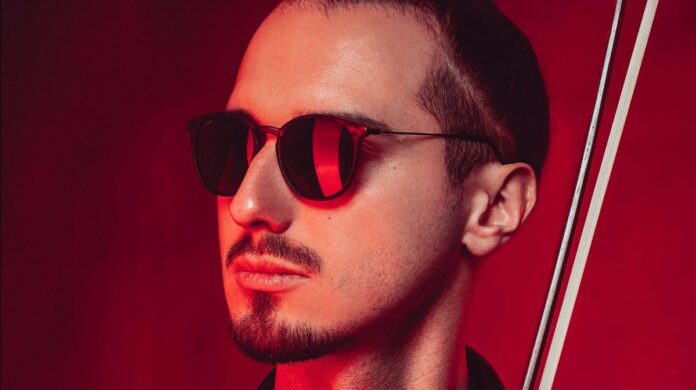 Showcasing his boundless musical prowess from the very first beat, Frank combines his signature cello strings, deep bass and captivating vocals to draw the listener into the mix. Introducing progressive elements, Fly masterfully fuses modern and classical sounds that undulate across emotive and powerful moments. Euphoric, yet poignant, this cut is Frank Klassen at his finest, and it will resonate with music lovers around the globe.

Fusing raw instrumentals with house and techno sensibilities, Frank Klassen is one of the scene’s most intriguing talents. From a very young age, he studied the cello, guitar and voice, creating the foundations for his path into electronic music.

Gaining a loyal following with his breathtaking “Cello Live-Sets”, Frank takes audiences on a magical ride through the senses and spheres of electronic music.

Boasting high profile collaborations, including with blues-rock legend Mungo Jerry (In The Summertime), Frank also released his I Was Lost EP on Tube & Berger’s label ZEHN Records in 2021. Sparking a deep connection with the duo, they discovered an undeniable synergy, which led them to collaborate on an exclusive NFT project where they released Feel The Same on RcrdShp, as well as their recent collaboration Alive.

Touring the world from Europe to America, Frank has played stand-out shows this summer at Ushuaïa Ibiza and Parookaville, and has an array of exciting bookings on the horizon. With his captivating live performances, top quality productions and an unbridled passion for music, Frank Klassen continues to soar into a league of his own.