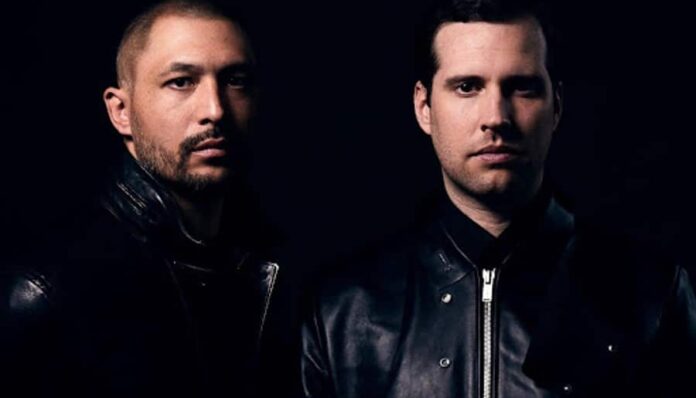 Amassing over one billion streams and counting, selling out arenas, and earning acclaim from Billboard, LA Weekly, SPIN and more, the pair progress once again on this long-awaited body of work.

For their 10-track player, SLANDER set the stage with not only their massive hit “Love Is Gone” featuring Dylan Matthew but also “Halfway Down” [with Ashley Drake], “Walk On Water” [feat. RØRY & Dylan Matthew], and “Replay” [with Dylan Matthew]. The latter layers Dylan’s emotionally charged vocals above an ebb and flow between a delicate synth hum, effervescent piano, and a distortion-boosted drop.

The single “Before Dawn” storms out of the gate on a rush of bass, head-nodding percussion, and anxious keys. It nods to timeless analog dance music with a scorching cybernetic stomp.

Then there’s “Nothing Hurts Like Goodbye.” Punctuated by a glossy galactic sheen, the shimmering soundscape underlines an instantly irresistible refrain, “Nothing hurts like goodbye. Let’s pretend like we’re in love tonight.”

Elsewhere, the finale “Watch Over Me” sees their techno heart beat louder than ever “as an angel still watches over you while you go on with your life.” In the end, SLANDER project their vision like never before on ‘THRIVE’.

“We’re telling a cosmic love story,” notes Derek Andersen. “In the future, this astronaut is searching for a place to start life again, but he has a love back on earth in the past. The name ‘THRIVE’ sets the tone as it reflects the spaceman’s journey to make the human race thrive again. During the journey, he experiences relationship flashbacks of his memories on earth as he gets farther and farther away from the home. You’re essentially hearing all of this.”

“An album has been a long time coming for us,” adds Scott Land. “We were never stuck in one place long enough to make ten songs with a singular vibe though. It got to the point where the pandemic happened, and it was almost the perfect timing. We didn’t have any shows, and we had the space for a full body of work. We’ve known each other for twelve years, always DJ’ed together, and shared similar tastes in music. We got to have a bit of fun now.”

Meanwhile, SLANDER’s THRIVE national U.S. tour is currently underway. At their THRIVE shows expect to be entranced. Brand-new production with space-scapes courtesy of long-time collaborator Roboto captivate while SLANDER perform their latest releases “Halfway Down” featuring talented U.K.-based vocalist Ashley Drake and “Walk On Water” featuring RØRY and Dylan Matthew, as well as brand new material that will appear on THRIVE alongside selections from their deep catalog.

All dates follow below and ticket information and tour news can be found here.

Dates of SLANDER’s THRIVE Tour are :