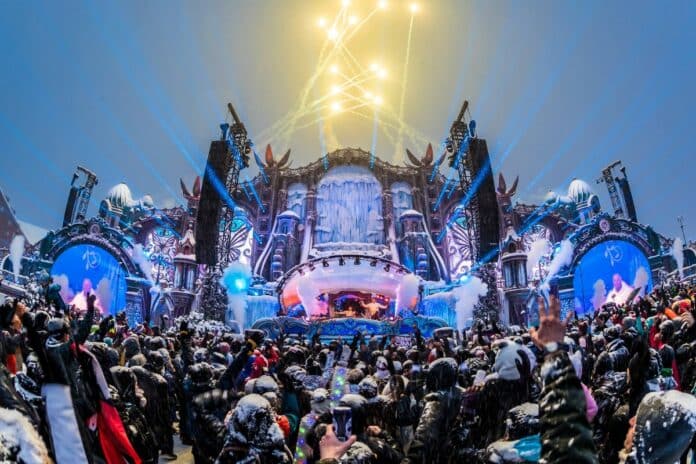 Tomorrowland Winter is returning for its 2023 edition and took to social media to drop the first few names on the lineup and announced packages will be on sale this weekend.

Returning to the breathtaking French ski resort and mountains of Alpe d’Huez in 2023 for the third edition, Tomorrowland Winter is scheduled to take place from March 18-25, 2023.

As years past, high up in the beautiful French Alps, festival-goers from around the globe will be uniting again for a unique winter festival experience filled with snow, music and spectacular views of Alpe d’Huez’s mythical slopes and the surrounding mountains.

Releasing the first set of artists from their 2023 lineup, the names have included Afrojack, Martin Garrix, Lost Frequencies, Dimitri Vegas & Like Mike, among others.

In addition to a glimpse in the lineup, they also announced that packages will be going on sale starting September 24, 2023. The options on the website show 7-day packages, 4-Day packages and 1-Day passes will go on sale starting in October. Thanks to the Tomorrowland Winter price simulator, attendees can work on the multiple options between travel, lodging, etc. All the packages will include a lift & ski pass as well as a festival pass.

However, non-skiers will also have activities that will include og sledging, paragliding, snowmobile rides and much more in addition to the music of course.