MUST DIE! Takes A Trip To The Hard Side With New Single ‘U SHOULD KNOW’ 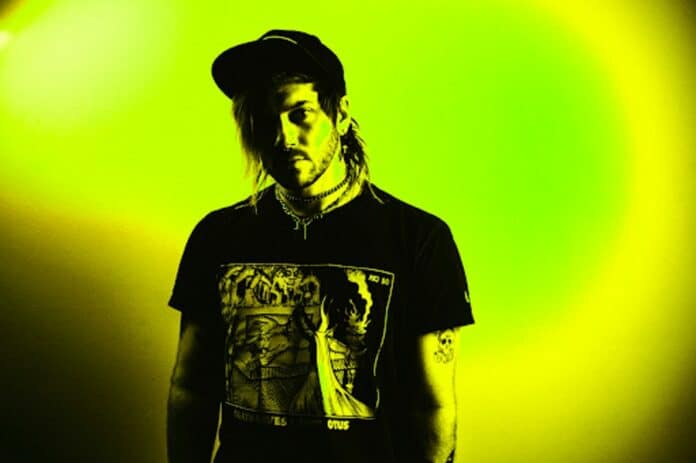 MUST DIE! is known for always pushing himself forward, so when the supremely talented and wildly eclectic artist goes hardstyle, it’s a recipe for all-out dancefloor destruction.

The new single, ‘U SHOULD KNOW’ kicks off with a retro-inspired chip tune melody before a jackhammer assault of kickdrums goes full power to get the crowd roaring.

The release of ‘U SHOULD KNOW’ coincides with the launch of MUST DIE!’s ‘FERAL FANTASY’ Tour which kicked off in Paris on August 26 and will make stops in cities including Tokyo, Bangkok, Las Vegas, Chicago, San Bernardino (Nocturnal Wonderland), Seattle, San Francisco, and Denver, through the end of the year.

MUST DIE! has a sound that’s hard to contain in any one genre – his live sets feature songs bordering on 160 BPM with a lot of techno, bass, hardstyle, and other strange and wonderful sounds invading the space. This is a live exploration of the outer realms of the electronic music world.

Between his eccentric state of mind and cutting-edge mettle in the studio, MUST DIE! caters to an audience with a penchant for forward-thinking sounds that will both challenge and dignify electronic music as we know it.

With nearly 10 years under his belt, MUST DIE! began building his cult with consistent releases on one of the genre’s most notable labels, leading him to represent Never Say Die’s prestigious roster.

The start of 2019 established a new era of MUST DIE! with the release of his genre-bending singles “BLISS 2K” and “CHAOS.” Both singles landing at #1 on the Beatport Dubstep Top 100 and reaching over 1 million streams on Spotify, MUST DIE! sparked a new trend in bass music, introducing classic rave elements and hard dance components to his catalog.

Separating himself from his peers through excellence in production and creativity that simply can’t be copied, MUST DIE! maintains his own lane and leads the up-and-comers to follow.

The FERAL FANTASY Tour, ‘U SHOULD KNOW’ (and previous single ‘GRAVEBLOOM’) kick off a period of tremendous activity for MUST DIE! Be on the lookout for more information regarding more new music and additional tour dates in the coming weeks.