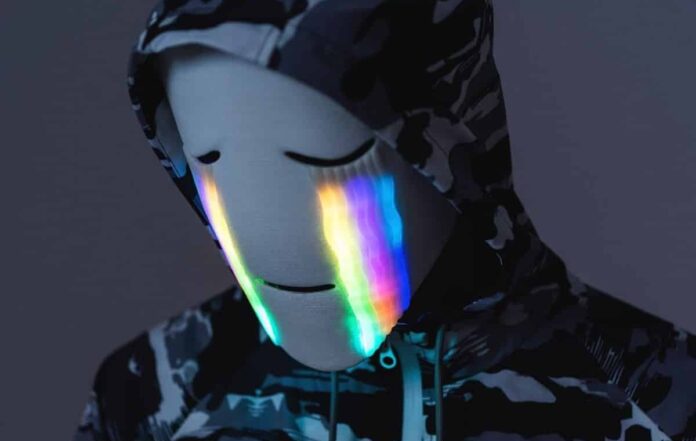 On the heels of his joint 2-track EP with Direct, Elixir / Nectar, anonymous producer CloudNone continues his hot release streak with “Lost.”

The single sees the enigmatic talent join forces with Monstercat mainstay Danyka Nadeau for a stunning slice of shimmery electronica. “Lost” marks CloudNone’s sophomore release on the globally beloved imprint Enhanced Recordings, and arrives a few short months after he made his label debut with “Come Home” in May. “Lost” is out today via Enhanced Recordings.

CloudNone has been on quite the journey in 2022. In addition to a slew of powerful singles, including “Arms Race,” “Stained Glass,” and “Come Home,” he tapped a string of his good friends and longtime collaborators for his & Friends EP compilation in March.

The 9-track project featured collaborations with Direct, Mr FijiWiji, Chxse, Aether, Half an Orange, Exist Strategy, and Drinks on Me, and has amassed +1.3 million streams across all platforms since its release.

Since his official debut in 2018, the mysterious CloudNone has climbed the release ranks with his unique ability to create uplifting melodies that transport listeners into a comforting plane of existence.

His continuous affinity for crafting airy and plush instrumentals is inspired by his alias, which is a play on the term “cloud nine.” His latest production, “Lost,” is unapologetically CloudNone. Boasting a cocktail of swirling synths, a subtle breakbeat bassline, and Danyka Nadeau’s powerful vocal topline, “Lost” evokes the feeling of elation that is ever-present in CloudNone’s music.

Now, heading into the second half of the year with a seriously impressive record of releases, CloudNone is gearing up to announce the biggest news of his career.