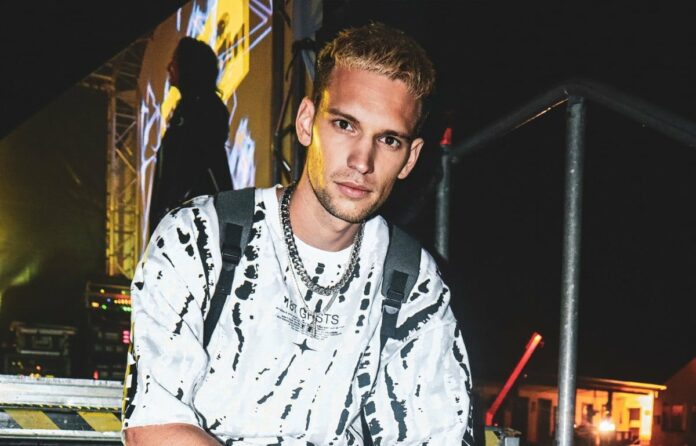 Following the release of his brand new single with Viper Recordings ‘All Night’, Netherlands based drum & bass producer BLVCK CROWZ returns with yet more new music.

And this time he’s reimagining a classic record, through a drum & bass lens and built around the cutting sonics of his music production. Released through High Tea Music, the events and label brand which has made a name for itself across many spaces in Europe, in collaboration with the Future House Cloud imprint, BLVCK CROWZ has found a place for himself at these homegrown labels which helps to extend an already impressive catalog of work.

In aid of its release, BLVCK CROWZ gave us the rundown of the tracks he’s been spinning in his Spotify playlist recently. You can check out his selections below, and grab a copy of his brand new release here.

My newest release and my personal favorite song I’ve done so far! With Vocals from Dave Winkler it makes it the perfect remix. Big ups to Future House Cloud and High Tea Music for the opportunities.

POULISH KID – Get Rid Of Your Drugs

This is some of the freshest music from Leipzig in Germany! It’s a perfect mix of rock – trap – dnb. His guitar skills and vocal skills are super unique.

An absolute summer song but even though it’s turning winter, I still think this works… hahaha. The catchy vocal makes it super nice to sing along.

Absolute fresh on sound design! Also a Producer that has that special ability to write catchy songs! The way he uses original vocals on super well produced Drum & Bass is what I like the most about his skills.

Another song I did the vocals myself, and one of the songs that I will play complete in my sets! With my good friends from Die Gebrüder Brett it is always fun.

This group/Band/baboon, is insane in writing hooks and lyrics. If drum&bass was top40 music, then this should be one of the examples. They’re still a very big inspiration for me.

Eskei and I released this song a year ago, and every time it gets played EVERYBODY sings the melody! That’s pretty cool in my opinion!

Somebody that blasted the charts the last half of the year with every release he’s put out! The vocals of P. Money just fit so perfectly. I haven’t seen him live yet, but I would love to see him live soon!

What can I say… This song got me to the point I am at now, and also made me my first Golden Record. Super grateful for it and it will always leave a smile on my face.

Met him at a show in Estonia, and we have a lot in common… Like eating a lot of steak!… and bass music! Meeting him at shows all around the world is always so nice! His heavy but energizing sounds inspire me. Next to being an amazing producer he is also a great DJ.