RIOT Celebrate 10 Year Anniversary With ‘IN CASE OF FIRE’ 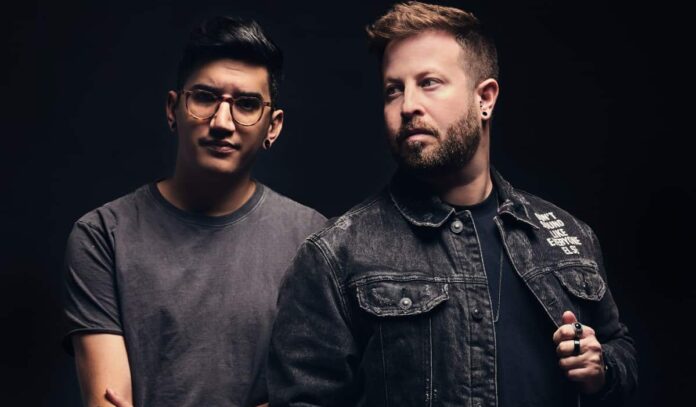 A memorable moment in time, RIOT are owning the 10 year anniversary of the group’s inception.

Taking the time to reflect on it all, the Israeli born duo are ushering the next chapter in their careers with the release of their “IN CASE OF FIRE” EP. The 3-track project is due September 30th via Bassrush Records.

Celebrating the 10th year anniversary of the duo’s birth, Tom Davidson and Daniel Magid are taking their brand to newer heights as they look to cement themselves as one of the most dynamic and electrifying acts in dance music.

From the streets of Israel to Ultra Music Festival, RIOT’s ascension has been nothing short of eventful. Battle tested and resilient as can be, the bass music duo are letting their music speak for itself.

Featuring a mirage of skull shattering bass, RIOT push speakers to their limits on the “IN CASE OF FIRE” EP. Infused with undeniable energy, each track on the 3-track project explodes with pulsating soundscapes. As layers of animated synths whir and basslines pound, RIOT invites all to join them as they celebrate the past 10 years and look forward to reigning supreme across the dance music empire.

“During Covid, we hit a point where we felt exhausted creatively. We felt that something needed to change. We went on a quest to explore new avenues and sounds. We owed it to ourselves and to our fans. Something about the hybrid of Hip-Hop and Dubstep just felt right. That’s how this EP was born. It’s groovy and super fun for us both to produce and listen to. It’s different from anything we put out before and we’re excited to see how the fans will react to it!” – RIOT

Along with trend-setting originals, RIOT has massive remixes for heavy hitters Infected Mushroom, Knife Party, and Pegboard Nerds. Israeli-born and raised DJ duo RIOT, Tom Davidson and Daniel Magid, recently relocated to Los Angeles, CA to bring their mix of progressive melodies and heavy bass lines to the music capital of the world. Their style mixes two extremes of electronic music which energizes their fanbase to make an immediate impression and memory that can last a lifetime.