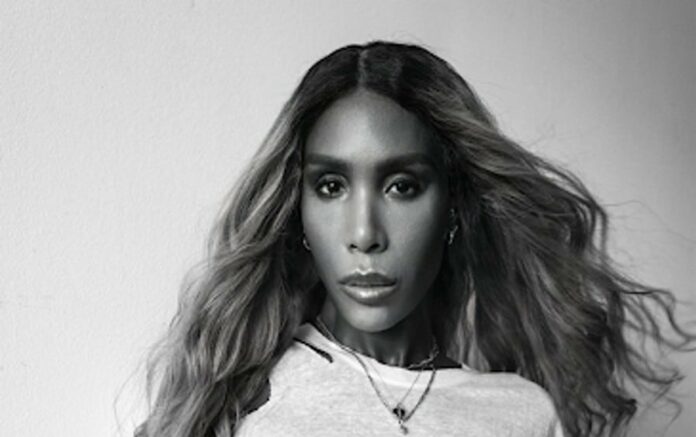 An artist in every sense of the word, across 15 tracks of attitude, energy, heart, and community, Honey demonstrates a broad range of disciplines and influences, enlisting A-List collaborators such as Channel Tres, Eve, Pabllo Vittar, Josh Caffe, Mike Dunn and more for an unmissable, boundary-pushing LP landing on 18 November.

“This album is dedicated to love. Love of music, community, but most of all the love of self. Being true to who you are in spite of everything else and having the courage to love fearlessly.” – Honey Dijon

Ahead of the release of the album, Honey drops the final single ‘Show Me Some Love’ made in collaboration with Channel Tres and featuring Sadie Walker, where she provides a blissful backdrop the warmth and immediacy of Channel Tres’ lyricism. A bubbling amalgamation of the two artists’ styles, Honey’s signature dancefloor-focussed groove paired with Channel Tres’ exuberant-yet-gritty delivery lands on 27 September.

“I had a lot of fun working with Honey on this track, and it’s been fun through each step of the process. We weren’t together so it’s always exciting to see where a collaborator will take the record when you send your parts over and this one was special to me. It’s everything I love about underground dance music confident, and sexy.” – Channel Tres

Redefining what it is to be a DJ in 2022, this year Honey’s production capabilities have been enlisted by the upper echelon of musicians, producing two records for Beyonce’s chart-topping album Renaissance and remixing lead single ‘Break My Soul’. Now unapologetically expressing her own sound on ‘Black Girl Magic’, she unveils the next chapter of her development as a producer and songwriter.

Since the first teaser of the album, the BBC Radio 1 playlisted collaboration with Atlanta singer-songwriter Hadiya George ‘Not About You’, to the most recent single ‘Show Me Some Love’ featuring Compton royalty Channel Tres, the ‘Black Girl Magic’ project has consistently illustrated Honey’s dedication to profiling diverse vocal talent. Shining a spotlight on a new generation of queer people and people of color, Honey’s intentions to “keep this culture in the conversation,” are demonstrated with the featured artists on the LP.

Behind the scenes, Honey has worked closely with Classic Music Company founder and close friend Luke Solomon, as well as regular collaborator Chris Penny on the production of the album. Her most adventurous and explorative output yet with a diverse range of influences, Honey’s Chicago musical upbringing is a driving force behind the LP, with her sights set on demonstrating how she first experienced the music of her hometown felt deeply across the record.

“I’m so excited to be a part of this album! Working with Honey Dijon and Luke Solomun was so fun and something so different to what I’ve ever done before – singing for the first time on a house beat! I’m so grateful for Honey and Luke asking me to be a part of. I can’t wait for everyone to hear our track and for them to dance to it in the clubs.” – EVE

Working with British sculptor Jam Sutton, an artist who explores the relationship between technology and antiquity, 3D sculptural digital renderings of Honey have formed the artwork for all preceding singles leading into Black Girl Magic. Exploring identity, form, technology, and classical portraiture, the artwork for the album comes as the final piece in the series of bespoke displays of Honey.

“It was such a pleasure collaborating with Honey on a series of sculptures. Honey visited my studio where we spent an entire day discussing life and creativity. During this time, I captured a series of form studies using 3D scanning. Over two years, Honey and I worked together creating this body of work. I’m interested in the moment of transformation from human to digital form, from physical to virtual. Something is compelling about capturing a portrait of my subject as three-dimensional data, which I then refine to create sculptural pieces. I’m attempting to record not only the form and contours of flesh but also the essence of being; portraying human physicality suspended in digital space.” – Jam Sutton

From her stratospheric DJ career to her fashion line with COMME des GARÇONS: Honey Fucking Dijon, to soundtracking some of the most iconic fashion shows of the 21st century, Honey’s influence is felt far and wide across the worlds of music, fashion, and art, with Black Girl Magic a powerful physical statement of her interdisciplinary artistic impact.