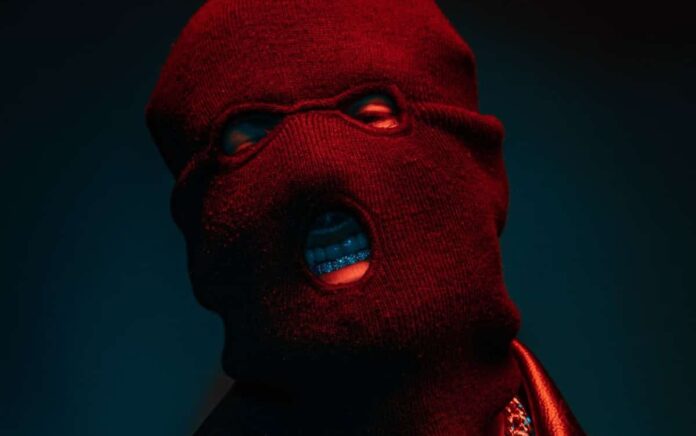 Cementing the artist as a heavyweight in electronic music, hip-hop, and beyond, it’s a far-reaching project that features a staggering list of collaborators including A-Trak, DJ Snake, Fivio Foreign, Ghostface Killah, Jadakiss, Tchami, Tony Romera, and Yung Felix.

Taking a wide view across the record, there’s “Outcast” which alchemizes Brooklyn drill into a gritty house excursion with Fivio Foreign, “Deep” which is an instant club weapon with DJ Snake and Yung Felix, and the classic hip-hop of “Die Hard” with Ghostface Killah and A-Trak.

There’s also the bombastic “No Panic” with Jadakiss, atmospheric “Discipline” with Tchami, and mesmerizing “The Game is Dead” with Tony Romera. Malaa continues to take listeners on a journey throughout the record’s runtime on the utterly soulful “True Friends,” heavy-hitting “Gangsta,” and many more essential listens.

Across ‘Don Malaa’’s 14 cuts, it all makes for a can’t-miss album from the brilliant mind behind the mask.

In celebration of his debut full-length, Malaa is also in the midst of an extensive Don Malaa tour with stops at locales ranging from the Shrine Expo Hall in Los Angeles to Somewhere Nowhere in New York City.

Featuring special guests including ACRAZE, Born Dirty, Wax Motif, and many more, it’s a can’t miss run of shows that now concludes at the rescheduled Sahara Events Center in Las Vegas on December 16th (full list of dates below).

For the uninitiated, Malaa mysteriously debuted on Tchami’s Confession label in 2016 via his Illicit EP before following it up with the breakout single “Notorious.” Alongside the Pardon My French crew of Mercer, Tchami, and DJ Snake, he would go on to perform everywhere from Ultra Music Festival and HARD Summer to Holy Ship! and EDC.

He’s since established himself in the past six years as a key fixture in the dance space, whether it’s through scorching singles like the aforementioned “Hypnotic” or officially remixing names ranging from Alison Wonderland and Black Eyed Peas to Gunna and Shakira.

Wherever the masked producer sets his sights, he’s prepared to make waves in 2022 and beyond, a notion that will be driven home with the arrival of ‘Don Malaa’.