D.O.D Links Up With Raphaella For Infectious Piano House Production: ‘Like You Do’ 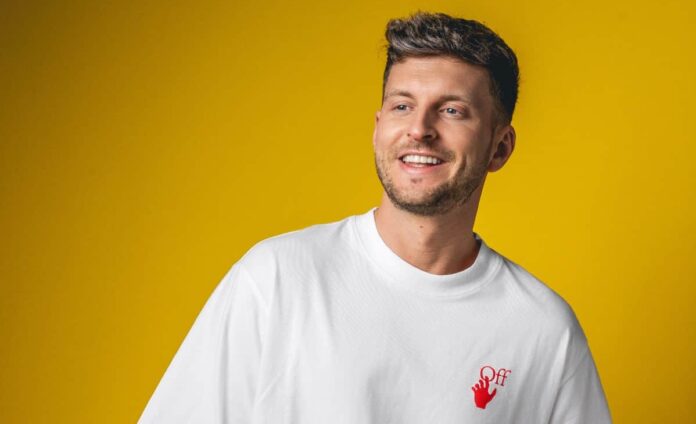 Following the success of tracks such as ‘Still Sleepless’ (feat. Carla Monroe), ‘Every Step’ and ‘All Mine’, DJ and producer D.O.D (Dan O’Donnell) returns to Armada Music with another contagious piano house record ‘Like You Do’.

Written in tandem with London-based Raphaella (who most notably co-wrote and features on ‘One Night’ with MK and Sonny Fodera, and vocal produced Little Mix’s ‘Confetti’ album), Disciples co-founder Duvall and ‘Still Sleepless’ co-writer Laura Welsh, ‘Like You Do’ is a true coming together of British talent.

Exploring reciprocated love, boundless passion and hearts entwined and set aflame, ‘Like You Do’ cements D.O.D and Raphaella’s spot among dance music’s rising stars. Marrying the catchy vocal with an infectious punchy piano sound, this track will have its listeners belting out the lyrics.

“’Like You Do’ is pretty special to me”, D.O.D says. “I made the instrumental two days before my son was born in a moment of excitement, knowing what was going to happen in the days ahead. The chords are some of my favourite I’ve ever written, and Raphaella vibed off them straight away.”

“The final vocal stemmed from hearing the sample ‘come on baby, show it all to me yeah’”, Raphaella adds. “I remember being at the studio in Brixton and immediately starting to freestyle what is now the hook melody. The odds were really against us that day; tube strikes meant it took three hours instead of thirty minutes to get down there to work on this, but it all worked out and ultimately felt as though it was meant to be!”

D.O.D (Dan O’Donnell) has well and truly found the sweet spot between fun and fame after starting off his DJ career playing in local bars and clubs in his hometown of Bury in Manchester. He chalked up multiple #1s on Beatport and gathered well over a hundred million plays across the most popular streaming portals.

Although much of his success on the live front happened overseas with spots at gargantuan festivals such as Tomorrowland, Ultra and Creamfields, he also cultivates a commendable list of UK events, clubs and festivals he’s played at, including Ministry of Sound, Cream and Warehouse Project.

Trail blazing as one of the few female producers in the industry, Persian-British Raphaella has been one of dance music’s most sought-after artists for some time now.

Through collaborations with emerging and heavyweight talents such as MK, Sonny Fodera, Little Mix, Rudimental, Wilkinson, and Armin van Buuren, her vocals and vocal production have graced numerous releases that gained support at BBC Radio 1, 1Xtra and KISS.

Solo projects draw on Raphaella’s mixed heritage, introducing new timbres and textures to her UK alt-pop-electro setting through the experimental use of traditional Persian instruments and her obsession of synths. An aptitude for bringing this sound to life has been demonstrated across shows of both intimate and large-scale settings at venues such as The Roundhouse and BBC Maida Vale, to various UK festivals.