Future Female Sounds, Lady Of The House, And #FORTHEMUSIC Are Co-Recipients Of The Beatport Group’s $100,000 Gender Parity Initiative 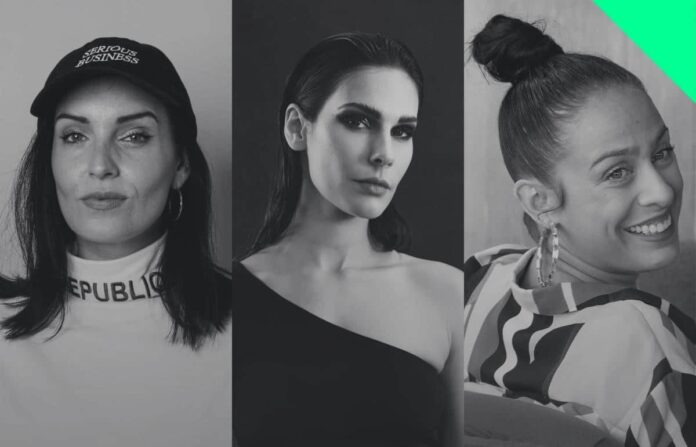 Future Female Sounds, Lady of the House, and #FORTHEMUSIC are co-recipients of a $100,000 investment from The Beatport Group to accelerate gender parity across the greater DJ music industry.

The initiative was announced in April of this year and received an overwhelming response from the global community. All three entities emerged from a group of more than a dozen submissions from innovative companies and entrepreneurs in the industry, all of whom care deeply about the current inequities rampant in the music industry.

Future Female Sounds is a female-founded and led non-profit organization and global community, founded in 2017 with the mission of making DJ culture accessible to women and gender minorities globally.

Future Female Sounds provides emerging and established DJs with skills, access to opportunities, and serves as a community platform for thousands of DJs. Based in Copenhagen with DJ programs in Paris, Berlin, Cairo, and Tunis – their latest initiative ‘FFS ONLINE DJ ACADEMY’ is a new training platform focused exclusively on training female and gender minority DJs through creating safer space learning environments with their professional instructors and mentors. The grant will allow Future Female Sounds to support DJs around the world who lack access to physical workshops and spaces.

“With the support of Beatport, Future Female Sounds will finally be able to take our FFS Online DJ Academy to the next level after more than a year of planning. The online DJ Academy has trained hundreds of DJs and now will have the opportunity to collect and evolve the knowledge we have built training and empowering emerging female and gender minority DJs worldwide. We’re here to open doors for future generations of talent, and make the dream of professionalization in the music industry for female and gender minority DJs come true,” said Future Female Sounds founder, Tia Korpe.

UK based winner, Lady of the House is a community that educates, empowers and diversifies the music industry through their multifunctional platform. Lady of the House began as a groundbreaking book that tells the stories of 150 pioneering women in the music industry including Charlotte de Witte, Jocelyn Brown, Nina Kraviz, Ultra Naté and many more, with a special foreword from Carl Cox.

Lady of the House has also curated discussions and showcases at conferences and festivals worldwide including International Music Summit and Bestival, as well as activating with global brands such as Redbull, Beatport, Pioneer DJ and Spinnin’ Records.

In their role as contributors to the recent Jaguar Foundation and Sony Social Justice and Equality Fund Gender Progression in Dance Music report, Lady of the House is respected for its expertise in diversity and inclusion.

Lady of the House founder, Laila Mckenzie said, “We are excited to roll out our artist development program which will serve as a much needed service in facilitating the growth and progression of female and non-binary people in our dance music. The news of being awarded comes at a great time, with the winning tracks from our demo competition which ran earlier this year that are about to be released, kicking off the launch of our label and the first live showcase of those tracks during Amsterdam Dance Event. Beatport is a shining example of how corporate companies can get behind grassroots initiatives and assist them to turn ideas into actions, which will inevitably lead to long term positive change. We need more than words to reshape the industry. Beatport stepping up to the community’s call of diversity and inclusion in Dance music is a great step in the right direction.”

The Metoo Music platform and #FORTHEMUSIC is a campaign against sexual harassment and assault in the industry created by Rebekah Teasdale and Pia Micallef.

#FORTHEMUSIC’s short film When The Music Ends follows several sexual assault victims through a night out, and details the various scenarios of harassment and assault each protagonist encounters. The film aims to show the hard reality of staying silent on assault while acting as a powerful education instrument for its audiences.

Rebekah Teasdale said, “By using film, we are able to reach the global dance community and really show what is happening in the clubs and the aftermath of abuse in the life of the victim. We can show what happens when we do act and become better bystanders, ultimately resulting in keeping women and gender minorities in the scene safe, and making sure they feel wanted and heard.”

Continuing on its mission to provide the next generation of creators, artists, DJs and producers with innovative tools to empower their creative process, Beatport believes this investment into groundbreaking companies can help propel the industry forward by providing a more inclusive and welcoming environment for female and non-binary artists to realize their DJ ambitions.

Though progress has been made in the way of diversity and equality in the music industry, McDaniels acknowledges Beatport’s unique position to serve as leaders of change in the global DJ community. This past April at International Music Summit, Ibiza, McDaniels pledged $100,000 to the best idea or ideas to accelerate gender parity during his “Road To Recovery” keynote address.

“When I joined Beatport nearly five years ago, it was immediately apparent that the industry had a major issue with the lack of female and non-binary DJ/producer representation and that solving this problem was good for our community and our business,” commented McDaniels. “While we have made strides in improving our customer diversity ratio by more than 60%, the hard work has only just begun. It is through supporting and learning from great companies like these that we can truly make a lasting impact for years to come.”