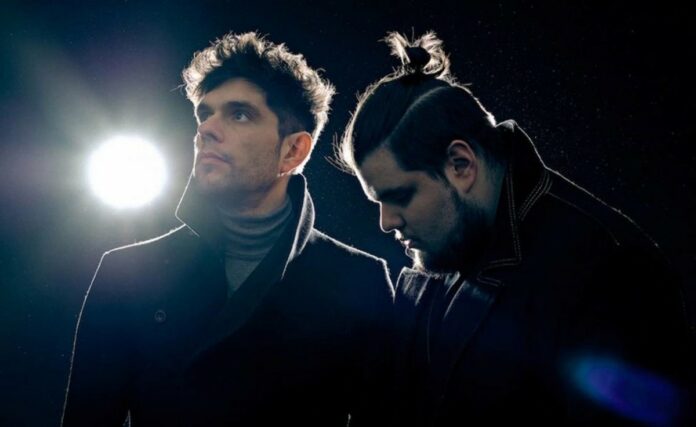 Today Italian-brother duo Amedeo and Matteo Giovanelli AKA Mathame have released their latest single ‘Come For You’ via Astralwerks.

The single sees Mathame craft yet another masterpiece in the cinematic and emotive style they are known for and is released alongside an official music video taking viewers on an interstellar journey.

Pairing beautifully melancholic vocals with gliding synths, Mathame explore the relationship between man and spiritual entities in ‘Come For You.’ The harmony is skillfully resolved with a halting crescendo, creating a deliberate feeling of tension alluding to the tense feelings of the disparity between the human and divine realms.

Continuing to explore the human experience and infinite cycle of life, Mathame touch on the dichotomy between creation and destruction in their visually captivating ‘Come For You’ music video, directed by visual artist Thomas Vanz. Three planetary worlds symbolizing earth, fire, and life are disrupted by an astronomical event, resulting in a boundless, dreamlike journey traversing time and space.

Mathame formed on the desolate yet enchanting slopes of Sicily’s Mt. Etna volcano while the brothers were growing up in almost complete isolation, finding comfort in their brotherly bond and music. Their signature sound gained global recognition with their first EP release,’Nothing Around Us,’ followed by ‘Skywalking’ and ‘For Every Forever’ on Afterlife records.

In 2020, the pair went on to release their first single ‘Never Give Up,’ which was awarded ‘The Essential New Tune’ accolade by BBC Radio 1’s Pete Tong and continued on to remix tracks for artists such as Zhu and Moby. After creating a mix series utilizing artificial intelligence in 2021, Mathame continued to explore their love for technology by using AI programming to create their promotional imagery from Mathame lyrics.

With the massive success of a few EPs thus far, the brothers have hit the touring circuit hard, playing nearly 150 shows since the world’s reopening and gracing some of the electronic music world’s most coveted stages from Tomorrowland, Miami’s Club Space, Amsterdam’s ADE conference, EDC Las Vegas, to Fabric in London.