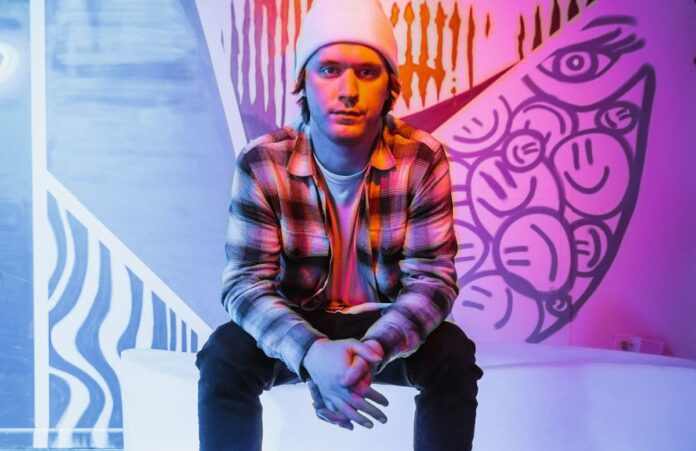 Shape-shifting producer and multi-instrumentalist Marvel Years has evolved into an evocative scene-builder.

With a blues-inspired, bass-heavy sound, the New York-based, Vermont-born artist has cultivated a fervent fanbase and landed multiple performances at Red Rocks alongside the likes of ZHU, STS9, and Pretty Lights.

Now, with years of experience under his belt, Marvel Years has begun to filter his genre-melding electronic soundscapes through a decidedly cinematic lens.

This impressionistic mode is the central thesis of the producer’s Voyage Ahead project, a two-part EP series that takes listeners on a thematic journey from the core basics of the Marvel Years’ brand into exciting new sonic ventures.

With August’s Voyage Ahead Pt. 1, Marvel Years introduced a new creative workflow stemming from the early stages of the pandemic. Frustrated by a lack of live performances, he went beyond studio beat-making and live guitar recordings; to capture the electric spirit of his live set, he played each instrumental element himself in places where he would have used samples. The result was the artist’s most innovative work yet and a showcase for the immense possibilities of what Marvel Years can be.

The EP kicks off with “Dive,” a swaggering tone-setter that builds slowly with a triumphant chord progression and futuristic synth sound design. The track then drops into its heavy, earth-shattering beat, blazing synth-leads, and twangy guitar riffs. Next is the EP’s lead single, “Shades On,” a circular embodiment of cool that evokes feelings and images of a Tarantino-style crime tale.

‘Voyage Ahead Pt. 2’ is rounded out by “Looking At The Future,” which incorporates steaming organ chords and infectious vocal samples into the EPs general sonic palette; and “Lexington Ave,” a raucous, climatic, and guitar-laden song that brings the Voyage Ahead series to a thrilling close.

The solo set will spotlight Marvel Years’ eclectic skills as he bounces between guitar, synths, and the DJ board for a bass-heavy performance. The Marvel Years Trio set will then see the multi-instrumentalist flex his abilities as a bandleader, with the jamtronica sounds from Jason Leech’s keys and the powerful, versatile drumming from Colby Buckler coming together to complement Marvel Years’ more soulful, instrumental-driven sonics.

Marvel Years will also display his live performance prowess on his national Fall Tour, which includes stops in Chicago, Portland and Baltimore.