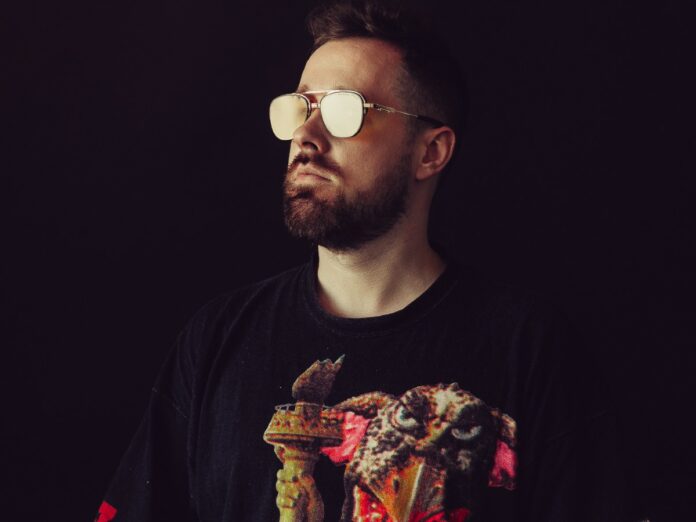 British legend Gammer got together with some of his closest artist friends to release his new EP “Better Together,” which features 9 tracks on which he collaborated with artists such as Hudson Mohawke, Fatman Scoop, Riot Ten, Linney, MYLK, Technikore, Stonebank, and more.

The 3 new works include the EP’s opening ominous and hard-hitting “Tech,” in collaboration with Stonebank, as well as the upbeat and bass-heavy “Falling Down” with Technikore and MYLK, and “Underneath,” featuring Linney, a cinematic vocal hardstyle gem.

The new tracks complement some of Gammer’s earlier hits, like “Quit” with Hudson Mohawke, “NGMF” with Riot Ten, or “Stampede” with Fatman Scoop, proving that his growth and evolution are constant and that he’s never going out of style. Read on for Gammer’s take on his new project:

“I have always felt like I produced my best music when I work with other talented musicians. Having someone else in the room inspires me. Their skill pushes me to be more inventive and to try new things. It’s how I’ve most evolved since the day I first started creating in tiny studios around England. I had recently felt that I’d hit a bit of a creative wall and wanted to evolve again, and had this realization. So I got in touch with a lot of my closest friends and fellow producers. This EP is the product of that. I am very proud of it and what we have all created together. I believe it represents growth and evolution in the Gammer project in some tracks, as well as occasionally getting me back in touch with the sounds that originally made me smile and want to make music. I hope that anyone who hears “Better Together” will feel some of the excitement that I felt while making it. Additionally, if I am being fully honest, I also love being a tad lazy, and it’s always easier only having to produce half a track” – Gammer

English producer Gammer has become known in the dance circuit for his UK hardcore sound as well as trap and hardstyle, which attracted a new and younger generation of listeners to the heavy-hitting genres.

He had become a household name on Monstercat by 2017, known for his timeless party anthems such as “The Drop” or “Party Don’t Stop” and collabs, such as “Quit” with Hudson Mohawke, “Incoming” with Steve Aoki or “Digressions” with Mija. Revered for his musical versatility and high-energy DJ sets, Gammer is a staple at some of the world’s biggest music festivals, including Tomorrowland, EDC, Ultra Music Festival, and many more.

Gammer’s addictive sound has brought him to the furthest corners of the world. As a storied producer, celebrated DJ, and powerful trendsetter, there’s no one quite like Gammer.