Joshwa Teams Up With Fallon For New Single, ‘Papi’ 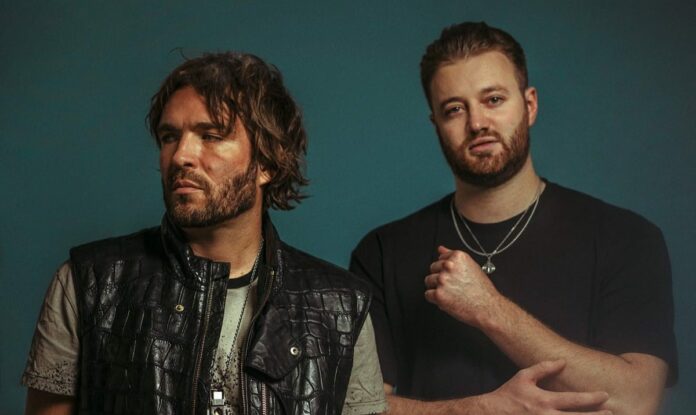 From the artist’s vantage point, few things must be more rewarding than seeing your unreleased music spread like wildfire months before the public has been given the chance to track down an official release date.

Joshwa and Fallon are currently sitting on a ticking time bomb, with a new collab that has already proven itself on the road by virtually every tastemaker worth having their track lists scrutinized. After doing a number on the dancefloor all season long, “Papi” is finally ready to make the shift from a bookmarked ID to its automatic status as a certified club weapon.

Pooling together their shared acumen in the studio, the two groove specialists season the track with a saucy Spanish flavor that allows every single ingredient to tickle the palate in almost unreasonable measures. Classical guitar licks set the tone straight off the blocks, as a rolling rhythm sets off into the horizon in the wake of swinging horn phrases, spicy hand percussion, and pulsating basslines.

The blaring trumpet solo is the real kicker, though, carrying enough gusto to make revelers want to belt out the track’s playful Spanish vocal tag.

Joshwa speaks on the hype surrounding the single: “‘Papi’ has been one of my favourite records to drop in my sets over the past few months. It creates a real moment on the dancefloor with its infectious groove and Latin-infused hook. It’s been sick to watch it tearing up some of the biggest dancefloors across the world already, getting early spins at the likes of Creamfields and Hï Ibiza with support from Fisher, Solardo, Wade and more. I’m super happy Fallon and I can finally release this bad boy!”

Fallon also chimes in about the collab: “I’m delighted to have finally gotten together with Josh to work on ‘Papi.’ We’ve known each other for a while and have tried to sort collabs in the past but this one just came together so seamlessly and effortlessly, from creation to release. We had a lot of fun making the track and hopefully that translates itself into the music.”

During the height of summer, Joshwa dished out his debut appearance on Insomniac Records with a triple-headed single alongside three-piece outfit Jaded and singer-songwriter Eliza Legzdina. “Kerching” cashed itself in as an anthem for the blue-collar worker, a tech house heater that encouraged partygoers to realize their own worth.

The single arrived on the heels of an outstanding run of releases from the London-based talent, including smash hits such as “How We Do” with Night Service label-boss CID, and a verified crowd-favorite “My Humps” alongside house veteran Lee Foss.

Irish producer Fallon has been following a similar trajectory. In 2019, he made a tidal wave on the back of his breakout single “Yup,” which has since racked up nearly 9 million streams worldwide.

His profile has continued to balloon in the aftermath, keeping the momentum going with follow-up efforts including “Whistle,” “My Own,” and his moody thumper “Lose Control.” Earlier in the year, he left a remarkable first impression on Insomniac’s house-centric offshoot IN / ROTATION with his low-slung shaker “Take Me Back.”

“Papi” brings out the best of both worlds from two of the hottest names in house music right now, and the hype alone should speak for itself. With unanimous support pouring in from every angle, there’s no doubt that Joshwa and Fallon have a mighty Latin house hit on their hands.

Joshwa and Fallon’s new single “Papi” is available on all platforms via Insomniac Records.