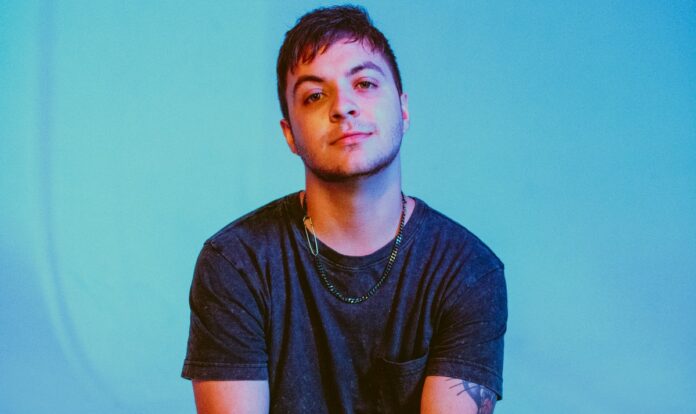 The low-end mastermind sumthin sumthin returns to Bassrush Records with his third offering, a resplendent freeform gem arriving in the shape of his new single “Magenta.”

A pattern seems to be developing with Conrad Woodul, the SoCal-bred bass producer that operates under the guise of sumthin sumthin. Within the last half year, he’s carried out an assault on the senses across his previous appearances on the Bassrush catalog.

On his label debut “Speak,” he deciphered a celestial language, commanding the power of speech with his ethereal melodies and left-field wobbles. Shortly after, he followed up that effort with his sophomore single, “Inhale,” which conducted a course in cosmic breathwork via its vasodilating, womp-riddled halftime groove. For his third outing on the imprint, he is now turning his focus towards vision by exploring the phenomenon of synesthesia.

“Magenta” earned its namesake from the effect it had over its creator. The track conjured colors of red and purple for Conrad, causing the wires of sight and sound to cross over one another. Clocking in just shy of three minutes in length, this wonky cut causes the brain to do cartwheels over the visible light spectrum.

Elastic bottom frequencies bend and contort over a bed of broken drum work, while the beat changes hues right before one’s eyes. Swinging rhythms and clattering percussive hits are accented by panning vox and trippy textures, until sumthin sumthin alters the pigmentation completely by way of a spacious yet filthy switch-up that creates a mind-melting contrast.

“I made this track in an effort to shake the dancefloor, quite literally,” explains sumthin sumthin. “I knew there wouldn’t be a better home for this than Bassrush!”

Shaking the dancefloor is one thing, sure. But the buck doesn’t stop there. With “Magnenta,” sumthin sumthin also manages to incite a shift in perception, stimulating the cerebral cortex in a way that only he has the power to do.

sumthin sumthin’s new single “Magenta” is available on all platforms via Bassrush Records.