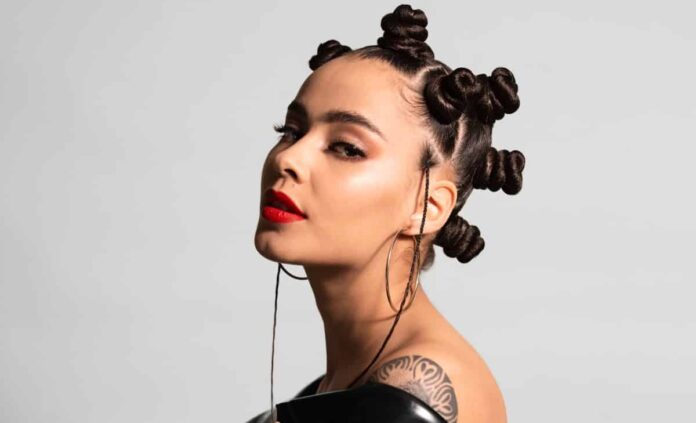 Sensational Swiss artist Naomi Lareine is a name on the ascent across the modern music scene.

Combining R&B with neo soul and a self-assured, yet vulnerable, attitude that has already earnt her award nominations of “Best Talent” by national radio station SRF3 and “Best Breaking Act” at the Lyrics Magazin Awards, her infectious style catches eyes and the attention of ears alike.

Leading on from the success of ‘In Love With A Gangster’ and last month, ‘Fall In’, following in favourable suit, she now gears up to release ‘Just Met’ this month from her forthcoming EP ‘Girl Next Door’ that will be released November 11th, with pre-ordering commencing from the release of ‘Just Met’ on October 7th. In an infectious upbeat song Naomi Lareine gives free rein to her feelings, ‘Just Met’ describing the beginning of a new love and bringing you in to you feel the euphoria of the early days of new found lust and the excitement that comes with it. In collaboration with the producer Mykel Costa, Naomi’s sultry vocal intertwines with a rich and irresistible depth that, when merged with the rhythmic pop-dance galaxy of production, shines out of the speakers.

Bringing a blend of funking house beats, wiggling basslines and glossy, rich vocal tones from Naomi standing tall on one of her best releases yet, make sure you get your hands on ‘Just Met’ when it is released this Friday 7th October via Sony Music!