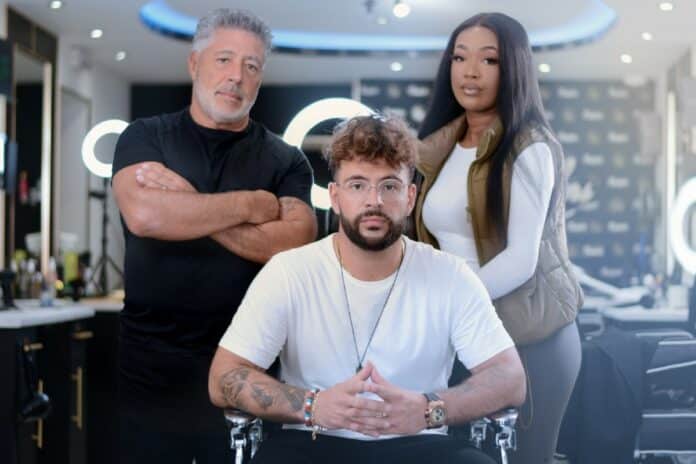 Following the emotional response to original single ‘What’s On Your Mind’ ft. SJ Loq, Myleedan, Phizi and Too Lippy from BBC episode for We Are England: series 2, Turno gets set to drop the DNB edit dedicated to his late brother on World Mental Health Day, following his ‘What’s On Your Mind?’ mental health seminar on 5th October at Manchester Recording Studios.

Following the tragic loss of Turno’s brother, Fabio, to suicide last year, the ‘What’s On Your Mind?’ (DNB Edit) allows Turno to pay tribute to his brother at shows.

Recently receiving heartfelt reactions at Manchester’s Warehouse Project and Bristol’s Tokyo World with packed crowds shining their torch lights and shouting ‘Fabio’ when prompted, the DNB edit will finally drop on 10th October for World Mental Health Day and all profits made will be donated to mental health charity Mind.

The release will also follow the ‘What’s On Your Mind?’ seminar and live stream on 5th October at Manchester Recording Studios, featuring a panel of industry speakers and artists including Turno himself, Solardo, Ewan McVicar, Hedex, Bou, DRS and more who will expand on their own experiences of coping with their mental health in the industry whilst mental health workshops will be hosted by Zenful Men and Drop The Ego.

Talks and professional advice from those in mental health charities, counsellors, promoters and more will also take place as well as a live streamed DJ set in an effort to raise essential awareness for Men’s mental health struggles and reduce the stigma around opening up.

Turno emphasises the change he hopes to encourage as a serious issue that is rarely addressed but has heavily impacted him, his family, and millions of people around the world, “If this track can get through to our demographic and help even one person reach out to someone before thinking of suicide then we know we have made a difference.”

The original version of What’s On Your Mind? released last month, is a profound rap ballad that highlights the importance of opening up and features in BBC’s We Are England Series 2, episode 1 documentary airing on 7th October.

Spearheaded by gym and mental health charity Samsons Academy, the episode documents Turno and his family’s decision to undertake mental health training as well as the process behind creating Fabio’s lasting legacy as fellow local artists and friends, Shox, SJ Loq, Myleedan, Phizi and Too Lippy join forces with Turno to craft the song about his story.

Transforming a grievous loss into a powerful force of change in an industry that can make being vulnerable difficult, Turno’s DNB Edit will spread the message at shows to audiences who may desperately need a sign to open up to their friends and family.

Featuring soaring DNB swells, atmospheric and probing melodies, and profoundly emotional and honest lyrics including “I wish you would have told me what was on your mind, because look at all the blessings you left behind”, What’s On Your Mind? ft. SJ Loq (DNB Edit) is a compelling and earnest message that aims to make a difference on the scene and beyond.

Donations to Mind can be made HERE.

Turno’s We Are England episode 1 airs on 7th October on BBC One and iPlayer.

Turno – What’s On Your Mind? ft. SJ Loq (DNB Edit) is out on World Mental Health Day – 10th October via Time is Now.