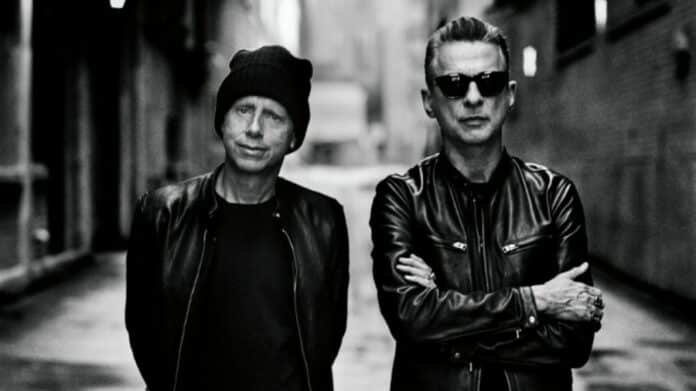 During an announcement made at a press conference at the Berlin Ensemble in the first piece of news coming from Depeche Mode after the tragic passing of their co-founder and keyboardist Andrew Fletcher earlier this year, they announced they will be making a return to the scene with a brand new album and a world tour in 2023.

Discussing the new album, the two remaining members of the band, Dave Gahan and Martin Gore stated that it is a reminder to live each day to the fullest and was written in reflection of the passing of Fletcher and even its title, Memento Mori, is meant to lean into the theme.

While the album is still in the works, the plan is to release the album close to the start of the tour in March 2023.

Kicking off the band’s first tour in five years, The Memento Mori World Tour is set to begin on March 23rd, ‘23 in Sacramento, CA and spans over 65 dates across the US and Europe.. Find the complete details and tickets for the world tour here. While its only been a couple of days since the tickets went on sale, the success has already lead the band to add additional tour dates for certain cities!

While the first tour after Fletcher’s passing, will definitely feel somber and different, it is also a chance for the band to honor his legacy, celebrate his life and march forward for the bands fans.