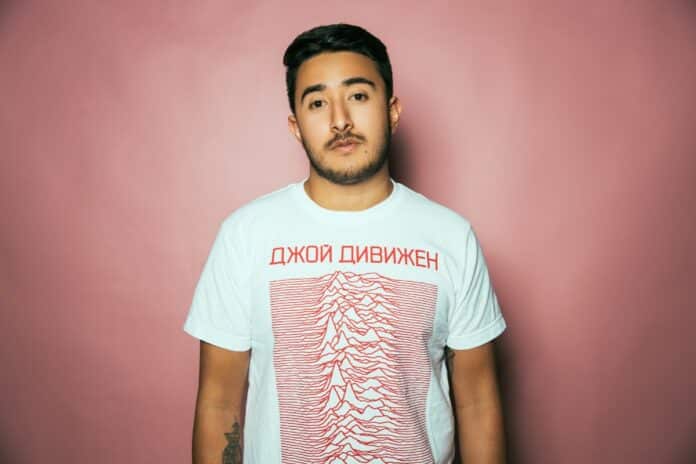 “This remix package is the first ever to come out under the Charlie Crown project. It has a really special place in my heart because I not only had the opportunity to bring in some of my favorite artists, but also bring really close friends and amazing producers from my home country Colombia to participate – it really means the world to me. It’s also special because I remixed myself in the form of a VIP mix which I personally love a lot, and hope people will too.” -Charlie Crown

Charlie Crown’s sound, which Earmilk calls “a cinematic experience you have to hear to understand,” is adjacent to big-name players like DROELOE, Alison Wonderland or What So Not. Having only been releasing music under the Charlie Crown moniker since 2018 and featured on renowned playlists like Spotify creamy, Mr. Suicide Sheep, League Of Legends, Trap Nation and more, the budding Colombian artist is setting himself up for wide-ranging success, quickly approaching 40k monthly listeners on Spotify.

After reaching out to some of his favorite producers and friends to remix “Just Say It,” the project came together seamlessly and will be the biggest remix package to date Crown has ever put forth, to be available on all streaming platforms.

The artist’s own VIP mix, which lays a strong foundation for the rest of the album, is a surefire dancefloor hit with captivating undertones and more of a big-room feel. Compared to the original tune featuring Helen Tess, the VIP mix packs a punch that begs fans to listen on repeat.

In the spring, fans had the chance to participate in a Crowdfund for the original release of “Just Say It,” and fast forward to now, the ownership of 10+ $SAYIT tokens (granted to backers) provided listeners exclusive access to the pack via his website powered by Bonfire.

This isn’t the first time Crown has made web3 part of the release strategy – his single “Hello Stranger 2.0” was available on Mint Songs earlier this year, and the artist was featured on Mint’s Podcast in an episode dedicated to the mechanics of music crowdfunding.

Crown hopes the release of the remix pack will reach both new and existing fans, with 19 different remixes spanning a multitude of genres – all equally as groovy. While he doesn’t expect listeners to dive into the remix pack as they would an album, the variety of sound offers listeners multiple opportunities to discover their favorite version of the original track.

Rooted in the same emotionality and technical ability that first endeared him to the EDM community, Charlie Crown is intent this time on proving himself on a global stage.

The Miami-based Colombian DJ & producer has released through Sony Music, Dim Mak and PRMD, and garnered over 20+ million streams in the process. He’s received nods from some of dance music’s biggest names, including Steve Aoki, Martin Garrix and Illenium – and shared stages with other incredible artists like Zomboy, Mija and Le Youth, in addition to massive performances at Club Space Miami and Life in Color.

His single “Sinking” with Bronze Whale reached the Top 25 on Apple Music’s electronic charts in over 40 countries, and peaked at No. 28 on the US electronic chart. Crown has high hopes for the release of “Just Say It” (The Remixes), and expects similar reactions from the EDM community. Charlie Crown is endorsed by McDSP, FabFilter and Sonarworks audio plugins.