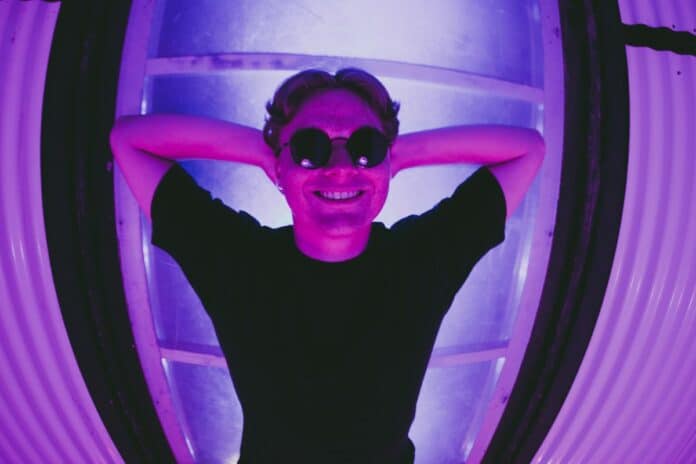 Indie-dance artist veggi is skyrocketing in the music space with a new single release “TASTE” on Too Future Records.

Collaborating with artist and songwriter Rome Castille who has worked with known artists Diplo and Leon Bridges to say a few, this dynamic duo is sure to serve infectious and addicting vibes.

Southern California native veggi is becoming a powerhouse artist with a diverse repertoire of music and content. veggi has been immersed in music for most of his life, mastering instruments such as guitar and saxophone before diving headfirst into production.

With an ear for melody and an innate understanding of composition, veggi’s productions are marked by their ethereal soundscapes, organic instrumentation, and emotive vocal performances. Now based in Los Angeles, the producer is steadily making a name for himself with his immersive live shows and forward-thinking sound.

The energetic house track “TASTE” layers a deep hypnotic pulse and rich vocals from Rome Castille teamed with catchy lyrics perfect for the dance floor. Powerful beats take off as soon as you hit play immediately leaving you on a journey to contagious grooves.

“During my first session with Rome, we were just messing around with some beats I had cooked up, creating demos and whatnot. When I showed him the TASTE beat, the ideas just went flying. By the end of that session, we basically created the whole song, and with a few follow-up sessions to polish it up, we knew we had a banger on our hands. He is so talented and it was so awesome getting to do this record with him.” – veggi

Ready to dive into artistic fulfillment with a new EP release and storm the funk dance scene, the anticipation is building for what lies ahead for producer veggi as he is set to head on a North American headline tour.

Continuing to collaborate and give daring new sounds, the next EP will give more context to the rising producer as he continues to leave marks in the music world with the most ambitious project of his career thus far.