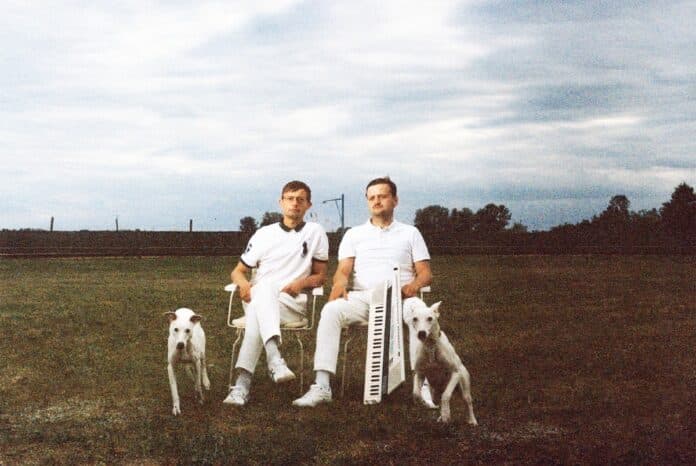 In a time where electronic music gets harder and faster each day, Berlin-based duo Brigade’s debut album ‘Hard Times, Soft Music’ reclaims easy listening as a badge of honour.

Out now, the record is a meticulously calibrated work of room temperature, a home cooked meal between friends or a warm sonic blanket that tucks you in after a rainy day. Pushing their club roots to the side, Brigade’s debut album confidently sits between ambient, house and hip-hop.

A beautifully crafted record encompassing moments of stripped back ambience alongside a manifold offering of laid-back, groove-inducing cuts, Hard Times, Soft Music is an emphatic stake in the ground from the in-form duo, who have been going from strength to strength since forming back in 2013.

To further mark the album release, Brigade also unveils the trippy new official music video for one of the album’s lead singles, Magnum $$$, which you can check out here.

Following on from the more dancefloor-oriented tones of their previous releases on KELLER and Get Physical (amongst others), this new album on Laut und Luise reflects a shift in musical direction from the Berlin-based outfit, who combine traditional song-writing structures with more abstract timbres, to balance the familiar with the surreal.

“This album is driven by the inner need to relax in a dark basement all day and turn blinking dials. Perfect home listening”, Brigade commented.

Transporting the listener into their own reflective dimension of tripped-out, sonic exploration, the duo’s understated melodies and refined textures are perfectly complemented by warped synthesisers and restrained beats; their distorted sound palette forming the backbone of the hazy, sun-drenched narrative.

A1. International Communication™
A2. Magnum $$$
A3. Innercrowd People
A4. Vendetta Theme
A5. Finders / Keepers
A6. Worshipping Comments
B1. No Tempolimit In Tempelhof!
B2. Outer Influences
B3. Life After Plastic
B4. Rhythm Analysis
B5. Asteroid Blues
D1. Bistro Riots (Digital Only)