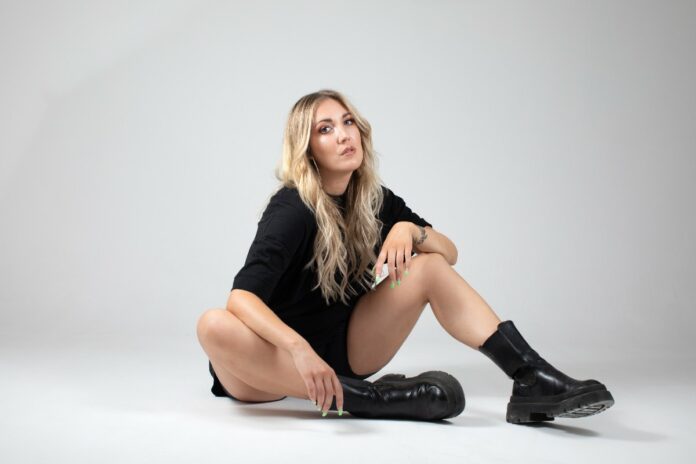 Included in a slew of solo projects with production credits to her name, Light The Fuse saw consistent radio support from the likes of Kiss Night’s Fred V and BBC Radio 1’s Clara Amfo, Jeremiah Asiamah, Rene LaVice, Danny Howard, and Jack Saunders, who dubbed the singer and producer his Next Wave Artist and invited her on the show for her first Radio 1 interview. The infamous radio host described Ruth Royall as “one of the most exciting up and coming [acts] in Drum and Bass and dance music in general….so empowering and enthusiastic about the genre and really keen to push it further and give her take on things.”

Since voicing the X Factor video game at 14 and recording a jazz album in Abbey Road Studios, Ruth Royall has cultivated a richly diverse career that has seen two nominations for ‘Best Vocalist’ at the Drum and Bass awards and releases on all major D&B labels including Hospital, Shogun, and Metalheadz.

Still riding the high of taking her solo show on the road for the first time this past summer, Ruth Royall entranced crowds with high-energy, self-assured sets at the likes of Glastonbury Festival, where she hosted the Glade Dome all festival, Bristol festivals Tokyo World, NASS, and Shambala, where her infectious enthusiasm got crowds jumping on furniture, and Love Saves The Day, where she opened for Subfocus.

The Bristol native is known for creative fusions of D&B melodies with soulful vocal toplines such as her first collaboration with Mollie Collins Remedies, which has amassed over 4M Spotify streams, extensive BBC Radio 1 support from Danny Howard, Jeremiah Asiamah, and René LaVice, and KISS Nights backing from Hybrid Minds. Her breakthrough single Paper Birds with Ekko & Sidetrack gathered over 2M streams and support from Rene Lavice on BBC Radio 1 and Hybrid Minds on KISS Nights.

Ruth Royall – ‘Appletree’ is out 14th October via NewState.