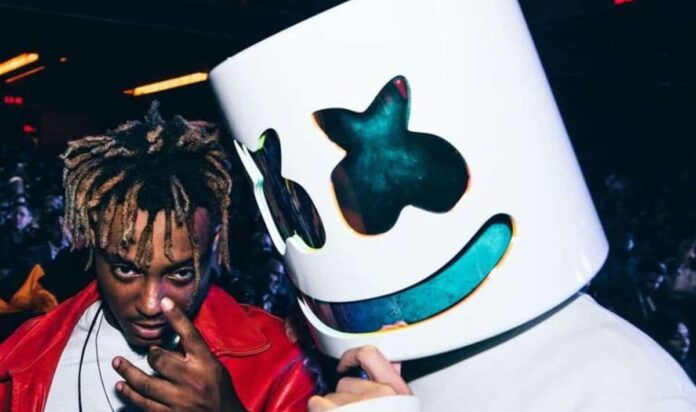 Marshmello has a diverse portfolio of work to say the least, whether its based on the genres of his music or the collaborators.

Among his multiple collaborators from the world of Hip Hop and Pop, they ranged from Khalid and Logic to Megan Thee Stallion and the late Juice WRLD.

After Juice WRLD tragically passed away in December of 2019, Marshmello was featured on two tracks from his posthumous album ‘Legends Never Die’ and now with this most recent release from today, ‘Bye Bye’ will be the first stand alone single by the two.

Teased way back in 2018 by the two acts, the version around that time which had leaked online was rather different from what he released today. The originally leaked version as reported by We Rave You featured an extensive verse from the late rapper, showcasing his flow and detailing his journey’s with women, music and drug use. Even the music is a far cry from the current release, with a heavy focus on trap percussion, a booming bass and a much looser lead line to bring the track together.

You can get the track and stream if on a platform of your choice here.