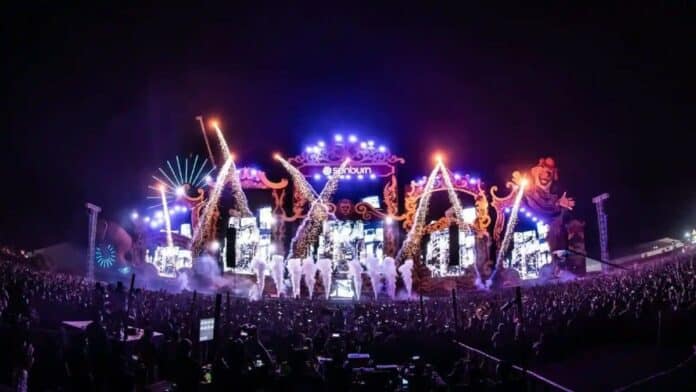 There is no more waiting for the 2023 edition of Sunburn Festival because the Phase 1 lineup has been announced!

We finally have the full list of performers at the annual Sunburn Festival. This includes main acts like Afrojack, Nicky Romero, Morten, Dimitri Vegas & Like Mike, Lost Frequencies, etc. New names like Red Axes, Fetish, JustUs, Memba, and others have been added.

As part of the domestic lineup, Basshunk, Julia Biss, Sartek, Teri Miko, Zenith, Zephytone, etc are all featured. But that’s not all, Day 2 has a mystery headliner and there is no limiting the excitement of the fans, who have already begun speculating as to who it might be.

With the recently concluded Alan Walker tour, which has captured everyone’s attention, the festival has announced a multitude of city tours, including the recently announced Dj Snake’s six-city tour and Hardwell’s ‘Rebels Never Die’ show in Delhi.

It’s all going to be a grand closing to 2022 looking at what the festival has in store.

Tickets for all shows are available through Book My Show.