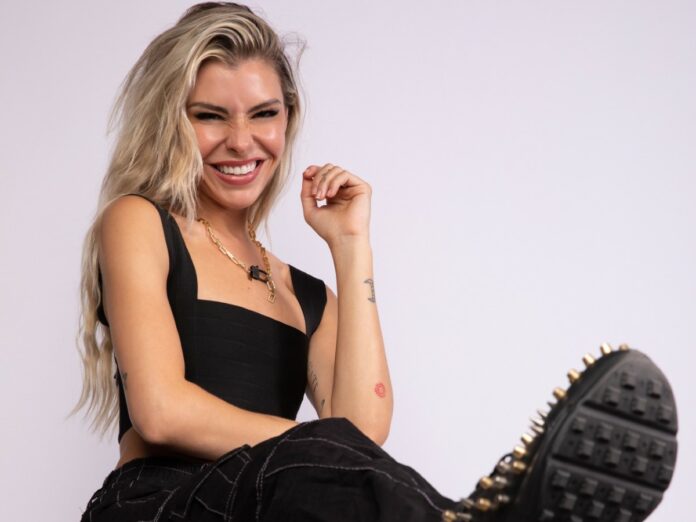 Blacky is heavily inspired by her global travels and the music she encounters along the way, and this new release carries a distinctive Latin flair.

With an energetic pulse driven by a steady bassline and kick drums, Blacky also layers in a catchy vocal riff with the title’s namesake that encourages the listener to get on their feet and “Move Like That.” In the same vein as Blacky’s previous single “Colombiana,” the new track is perfect for steamy nights on the dance floor or any time you’re looking for a groovy pick me up.

“This single was inspired once again by my love for Latin dance music, and that’s why we wanted to go with Terms & Conditions. I have known Tom & Collins for many years, so to finally come together on a project is the only thing that made sense for this track.” – Sam Blacky

Samantha Black is a multitalented DJ/producer and creator professionally known as Sam Blacky. Originally from San Diego, Sam spent several years in Australia, where she first fell in love with producing music and performing live.

Since moving back to Los Angeles, music and performing have taken a front seat in her life. Sam has performed live across the world from 2017 to the present day, from Mexico to Ibiza to Bali, at some of the premier electronic festivals and clubs on the planet.

During the pandemic, Sam released a series of videos on Youtube called “A New World,” live streaming sets from some of her favorite places in Mexico, giving viewers a taste of vacation vibes even while staying safe at home.

Following the release of her first EP on her own label, Stabby Records, Sam has also released singles with Repopulate Mars and now Terms & Conditions as well as an official remix for the viral Tik Tok single “Gaslight” by Inji. She is currently working more remixes and collabs with Inji and others as well as a new EP with Jackson Englund.